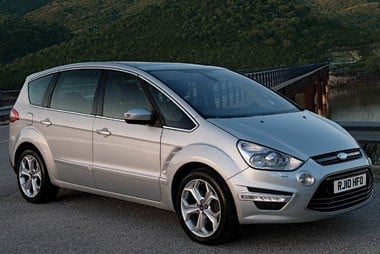 The S-Max’s practicality and on-road ability has proved a winning combination since its launch in 2006 – reflected by the vast number of accolades it has received.

And this success story is set to continue after its recent refresh.

As well as a number of external and internal updates – including an all-new front facia on the outside, while the cabin now features a multifunction overhead console – the major upgrades for the 2.0 TDCi Zetec model are the 140bhp common rail diesel engine and the Powershift automatic gearbox – offering combined fuel economy of 47.1mpg and emissions of 159g/km.

Both prove to be impressive performers, with the gearbox shifting smoothly, while the engine provides plenty of power for effortless driving.

On the road, the S-Max is good to drive and has the admirable trait of feeling much smaller than its size would suggest – and with the ability to fit seven people and a decent amount of luggage in as well, this makes it an impressive all-rounder.