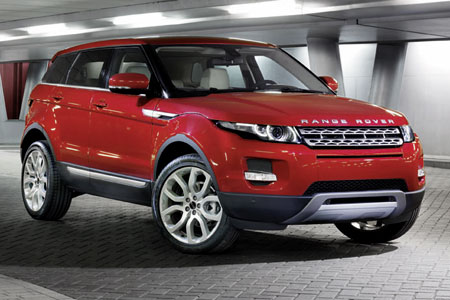 No car’s arrival could have been more keenly anticipated this year than the Range Rover Evoque.

Land Rover’s first foray into the prestige compact SUV segment is expected to drive much of the brand’s growth in the near future, with the Evoque becoming its biggest selling model.

It’s such a cool car that it’s pulling buyers in with all sorts of trade-ins, from stylish Minis through to SUVs and coupés.

For many in the UK the baby Range Rover will be a middle-class must-have, if they can stand the seven-month waiting list.

Land Rover’s longer-term challenge, once Evoque has been around a while, will be to sustain their interest and keep them within the brand. It has certainly shown what it can do when it puts thought into it.

In five-door and three-door guise it’s a modern, stylish machine both outside and in, and crucially underpins this with solid driving dynamics.

It succeeds in offering coupé-like road-holding, as was Land Rover’s brief, and optional adaptive dampers mean users can increase comfort levels when its firm, sporty stance gets too much.

Although some buyers will want the optional 19in or 20in alloys, they’ll lose ride quality as a result. They may also find the auto transmission takes getting used to, as it hangs onto the lower gears a little too long for comfort.

A more frugal, front-wheel driven Evoque is on the way next year as, realistically, few customers will want to take their upmarket style-statement up hill and down dale.

However, the 4x4 Evoque proved itself fully capable of overcoming many of nature’s obstacles, such as the stony, rutted hill tracks on the media launch.

This powerful 190bhp derivative’s official combined economy of 44.1mpg and CO2 emissions of 174g/km aren’t class-leading, as comparable models of both Audi’s Q3 and BMW’s X3 have it beaten.

But such trivialities won’t be high on the priorities of its customers.

Land Rover gave the design and engineering teams a very simple brief for the next-generation Range Rover Sport: More Range Rover. More Sport. They have succeeded at both