The 2.0-litre diesel engine dropped into the Mazda6 last year is a big improvement over the original unit. The high powered 141bhp unit, Mazda’s own engine, gives a boost to a deserving car.

The Mazda6 is the model that started the revival of a brand that was relying almost solely on its MX-5 soft-top. At the time of its launch in 2002, the AM office was divided as to whether the Mazda6 knocked the Ford Mondeo from its perch as the best driver’s car in the sector. Most thought it did.

Almost five years on and the 6 has lost none of its appeal. The mid-term tinkering in 2005 saw improved engines – both on performance and efficiency – and six-speed manual transmission, which has added to the driving experience.

The car no longer suffers from the long gearing of the previous five-speed manual, which relaxes the car on the motorway and means less harshness at high revs.

The cosmetic changes did little to perk up the interior design, however. It remains plasticky and drab when compared to innovators like Volvo, but functionality is good.

Given the 6’s charms, it’s surprising dealers don’t sell more – 14,000 cars against rival Mondeo’s 46,000, for instance. However, residuals hold up well at 33% for three-year/30,000 miles against 28% for a comparable Mondeo. In a fleet-dominated sector, Mazda’s strategy looks sound. 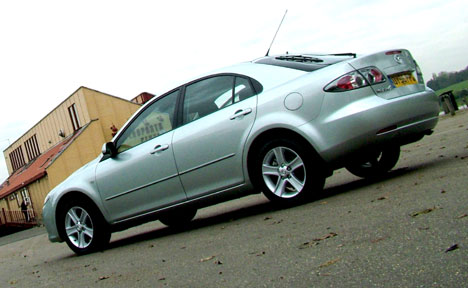