Mitsubishi ASX is thirstier than we thought 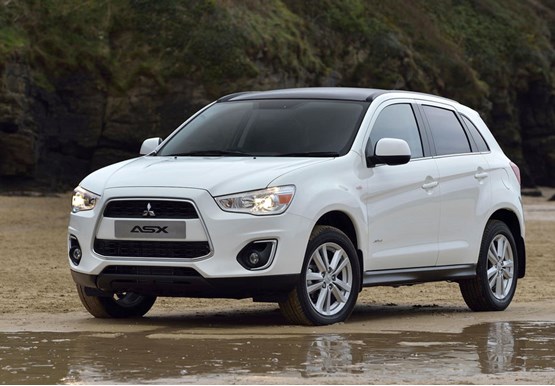 AM’s Mitsubishi ASX has had a while to bed in to the long-term fleet, but there has been some difficulty in reaching the manufacturer-quoted 48.7mpg.

Those figures are always a best-case scenario, but I have been struggling to get beyond 35mpg. The stop-start nature of the daily commute due to roadworks near AM HQ are probably partly to blame.

The 2.2-litre diesel unit is large for a car of its size and goes against the current trend for manufacturers to downsize their engines.

The 2.2-litre turbodiesel has a power output of 110bhp and, mated to the five-speed automatic gearbox, feels sluggish and heavy.

A 1.8-litre diesel option available in the ASX range has slightly more power at 114bhp and is more efficient too. So the 2.2-litre diesel is reserved for those looking for an automatic in the range with a top-level spec, particularly popular with Motability customers.

The ASX is also much better value for the spec on offer in comparison with rivals such as the Nissan Qashqai, which is just over £4,000 more expensive for the top-trim diesel automatic.

However, customers looking for more of a premium experience may be disappointed. After sampling more sophisticated dual-clutch variants from other manufacturers, the ASX’s autobox strains in first gear and then lurches up into second. It’s fine when you’re up to speed on the motorway, but shifting around lower gears in the city tests the patience.

Paddle shifts are included as standard for those who want to take more control over the gear selection.

Refinement has not so far been an issue with customers of the 2.2-litre diesel 4x4 auto, which Mitsubishi tells AM is continually sold out. Mitsubishi said the ASX sales model mix could be as high as 50%, with dealers in the UK network selling a disproportionately high mix of high-spec cars.

One way the brand will be able to offer improved refinement will be through its hybrid versions, which will be available throughout its future model range. The Outlander plug-in hybrid is the first to get the petrol/electric powertrain and has been priced at the same level as the diesel model in the range.

AM will be testing the Outlander PHEV for a week next month and will preview what will likely be offered on the next-generation ASX which was shown in concept form at the Geneva Motor Show earlier this year (see image, above).

The combination of a sleeker design and more refined engine options could help raise Mitsubishi’s profile against the competition in the hotly contested crossover segment.

What’s been said about the Mitsubishi ASX

Avoid the range-topping 2.2 diesel ASX4 – at nearly £24,000, it’s up against some serious opposition, and its poor refinement means that it can’t quite carry it off.

The fact it falls short compared to newer rivals when it comes to efficiency could sway some, but it shouldn’t, as the near £5,000 saving over the new Nissan Qashqai will go a long way in fuel.