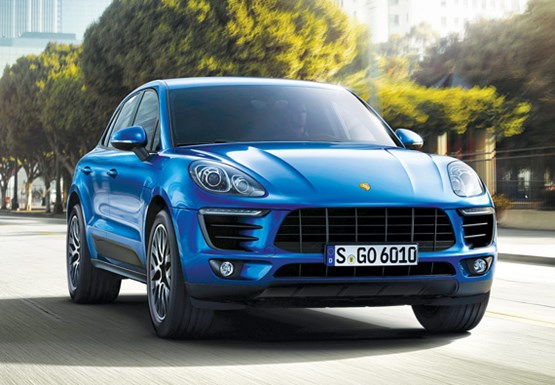 The Macan’s presence in Porsche’s line-up may still disappoint some die-hard 911 enthusiasts, but having a crossover in your model range is now essential for all manufacturers to remain viable in global markets.

The Macan – which is the Indonesian word for tiger – will be built at Porsche’s Leipzig plant at a rate of 50,000 a year. Like the Range Rover Evoque, the Macan could be a licence to print money. The global desire is already there, with the majority of sales being split between China and the US, while Europe and the UK gets to fight over what’s left. UK dealers will have 1,000 units or just 2% of global production between them and there’s a 12-month waiting list.

High-flying user-choosers with the means will be scrambling to secure a Macan too, but while Porsche has a dedicated web portal for fleet customers, they’re going to have to push to fulfil orders. Porsche knows it needs to limit the production of its models to hang on to its exclusivity, but you can’t help thinking that if only the UK could secure more units, they would fly out of the showrooms.

While the Macan is based on the Audi Q5, it shares just 25% of its parts (slightly more if you include the Audi-built diesel engine). However, Porsche engineers have managed to tease out the trademark sporting pedigree you would expect. The Macan is not a dull, lolloping behemoth – it has impressively potent engines, even with the entry-level Macan S.

The Macan has no near rivals (the £43,300 entry-level Macan S is at least £10,000 more expensive than the BMW X3, Audi Q5 or Land Rover Evoque), so Porsche dealers need only worry about the UK’s limited product allocation driving customers elsewhere.

However, Porsche dealers will have to carefully manage customers’ expectations on waiting times so they don’t head off to the nearest BMW dealership to get their hands on an X3, which has a waiting list of five months. A while-you-wait Cayman S courtesy car, perhaps?

Customers lucky enough to get hold of a Macan can choose from three models, the Macan S, with either a 255bhp diesel or 335bhp turbo petrol engine, and the range-topping Macan Turbo, which adds 59bhp and more technology features for the £59,300 price tag.

Porsche Macan interior is dark, high-quality and has lots of leather

The Macan’s interior is what you would expect from a Porsche – dark, high quality and lots of leather. The new model’s cabin is very comfortable, but it’s functional and well put together rather than flashy.

Standard equipment includes electrically adjustable seats, 18-inch alloys, leather and Alcantara (artificial suede) seats, climate control and DAB radio. Customers that want cruise control will have to pay £348 to spec it as an option and £271 for Bluetooth connectivity.

The 242bhp 3.0-litre V6 diesel will still hit 0-62mph in 6.3 seconds and will return 46.3mpg. All versions come with active four-wheel drive and a seven-speed, PDK automatic gearbox as standard. Porsche has said four-cylinder engines will join the line-up after launch, which will lower the entry price.

The 3.0-litre petrol S is the pick of the current models to go for. There’s quite a premium for the top-of-the-range Turbo model and the power boost will only be worth it for the most dedicated of petrol heads. The diesel option pulls strongly and offers plenty of grunt, but the power delivery of the petrol is much smoother and it delivers a much raspier howl from the exhaust.

Customers can select between different driving modes, with Sport tightening up the steering and throttle response. The grip on offer for an SUV is suitably impressive. Dealers can also upsell a £785 Porsche Active Suspension Management (PASM) system, which will further improve handling with an army of sensors to control suspension, dampers and body roll.

The Macan isn’t the most practical luxury SUV on the market, but who buys a Porsche for practicality? Customers will be drawn in by the badge, exclusivity and performance on offer. Porsche have succeeded in making the sportiest SUV in the segment.

What your customers will be reading about the Macan

What Car?
Dynamically, in all guises, there is no question the Macan is superior to its closest rivals, the BMW X3 and Audi’s Q5, and it has a better-quality cabin.

The Daily Telegraph
Don’t blame Porsche for venturing into this burgeoning market sector. The Macan is dynamically capable, fast and mildly competent off-road. It’s also expensive and will remain a rare sight on UK roads.

This new 911 has to live up to the ramped up expectation of being one of the best drivers’ cars of all time since its introduction in 1963 while adding enough new elements to keep things fresh.