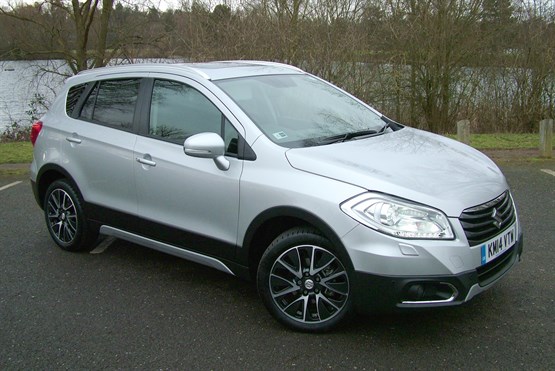 We put together a list of rivals for the SX4 S-Cross in our first review of the car in last month’s issue. It ran to three cars. This month, I asked Suzuki for its opinion and that list could now run to six: the Kia Sportage, Nissan Qashqai, Škoda Yeti, Vauxhall Mokka and Hyundai iX35. Even then, neither of us are completists. The Society of Motor Manufacturers and Traders (SMMT) lists in its SUV-C segment a total of 15 vehicles, including additions such as the Ford Kuga, Honda CR-V, Mazda CX-5, Dacia Duster and Toyota RAV4.

Nissan took a huge risk when it dropped its D-segment car, the Primera, recognising the wilting interest in this section of the market, to introduce a whole new one. How successful the Qashqai has been is evident in the list of competitors in a segment that didn’t exist until 2007.

The latest available new car registration figures show the Qashqai is still streets ahead of the competition, with a 27.4% share of this segment, up a couple of percentage points year-to-date. The Kuga and VW Tiguan also take a double-digit share. The S-Cross (the SX4 name is gradually being phased out) fights it out with low single figures against the likes of the RAV-4, Duster and Hyundai Santa Fe. The Suzuki is taking 1.6%, the same as this time last year. To give an indication of how tough the market is, the Duster, a relative newcomer, has a YTD share of 2.4% from segment sales totalling 23,650 units.

So, when it comes to the battle of the brands’ sales people, what are the trump cards for Suzuki’s dealers? The Allgrip ‘for all people’ four wheel-drive system is a key talking point with its four driving modes – auto, sport, snow and lock. Integrated control of the engine, transmission and ESP allows selection of the right mode to suit the road and driving conditions.

What’s been said about the Suzuki S-cross

Suzuki was late to the compact crossover party, but the new Suzuki SX4 S-Cross was worth the wait. With its versatile cabin, sharp drive, generous kit and low running costs, it’s a desirable family runaround.

Rear headroom is tight for tall adults in models with the panoramic sunroof. The ride can be harsh and the cabin plastics don’t look particularly classy. The diesel engine is noisy, too.

It delivers the same sort of package as the Qashqai, but it’s more keenly priced and offers lower running costs, so it’s one to add to shopping lists if you’re in the market for a crossover.