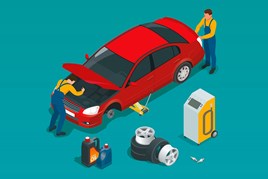 The service plan market has delivered strong performance in the last year, with increased competition from manufacturers who have been looking to boost sales of their own plans.

Some of the growth can be attributed to the increase in PCP purchases, where customers are combining service plans into their monthly payments and some from manufacturers’ incentives.

An Emac study carried out in January found service plan penetration to be 76% in the new car market, although Volvo as a brand achieves 90% and Honda 80%.

The same research found the used car market performed significantly worse with just 32% penetration, in spite of volume growth of 13% this year.

With dealers increasingly looking for service plans to improve retention and assist with relationship management, the next step is to target more used car buyers.

To assist, some of biggest service plan providers in the UK – who all agree that the used market will provide significant growth – have been developing products to help capitalise on it.

Jonathan Schomberg, national sales manager at Autoprotect, explained: “Dealerships are often geared up to sell new cars, with used car sales coming second on the list, and selling service plans some distance behind.

“This means that they are missing out on a serious long-term additional revenue opportunity which they can ill afford to ignore in today’s economic climate.”

Ian Simpson, European managing director of automotive at The Warranty Group, believes that a different approach to selling service plans is needed to tackle the used market.

Mapfre Abraxas is the newest company to join the service plan market, launching its new proposition in May this year. The new add-on product, called Service Plan, joins the AM-award winning company’s existing range of finance and warranty packages. It has no initial set-up, admin or cancellation fees, and has been designed to simplify the production of automated quotes and plan set-up, by being fully integrated with a dealer’s DMS. Nick Franklin, head of partnership and distribution at Mapfre, said: “As part of our ongoing innovation strategy, we have now added a very strong service plan proposition to our portfolio, which allows us to support dealers in all aspects of their add-on product portfolio.”

He said: “A relatively new strategy that is proving effective is to include the first post-sale service on a used car within the windscreen price or at a high level of subsidy. Then, once the customer returns to the dealership, they are offered a service plan by the aftersales department payable by direct debit payments, usually with a high level of penetration.”

He claimed fewer than 20% of customers are retained by a typical dealership for their next car, and said creating this kind of ongoing contact is essential for building a much-needed relationship.

Autoprotect launched its Foresight Service Plan a year ago with the view that a used car customer should receive the same level of service as someone who buys new. Since launch, a number of new and existing clients have selected the product.

Schomberg said : “Autoprotect has invested to ensure robust reporting functions and DMS integration, but key to our success is the ability to offer automated quotes using accurate manufacturer data.

“This ensures that there are no surprises for the dealer when the customer turns up with his vehicle to be serviced.”

To help dealers to maximise sales, the Foresight service plan comes with a full training and support package for all staff.

Schomberg explained: “Our research tells us that the key to driving revenue from used sales is a strategic approach to ensure that all departments in a dealership work together. It’s important to take a 360-degree approach to creating a seamless sales process from sales to service and vice versa.”

Angela Barrow, former managing director of Emac, who stepped down in May, has stayed with the business as an adviser while her successor, Neil Hodson, settles into the role.

Unlike Schomberg, she believes service plan sales are best handled by the sales team and responsibility for them shouldn’t be passed on to the service staff.

But she warned: “There can also be an issue with a sales executive who can perceive that used car buyers are more cost conscious and potentially less interested in the dealer’s aftersales offer.”

Having sold its millionth service plan in November last year, Emac has seen continued growth into 2016 and its team of 100 support staff now handle around 7,000 enquiries every day.

Barrow said: “There is huge scope for almost all dealers to increase their sales penetration of service plans and this remains a key priority for Emac.”

It has also added a number of new manufacturer and dealer clients to its books in the last 12 months, including Harwoods Group who signed with Emac following a struggle with poor DMS integration from another supplier.

Meanwhile, eDynamix is looking to strengthen its manufacturer relationships this year and is preparing to roll out a national service plan campaign with three UK car manufacturers in the next few months.

The announcement comes following a robust performance from the service plan provider, which has seen a 32% growth in its customer base over the past 18 months.

Year-on-year service plan sales have also increased by 51% as the company has built new relationships with dealers such as Endeavour Automotive, Mill Volvo, EMG Motor Group and Tustain Motors.

Iain Nickalls, eDynamix director, said: “This growth, in the main, can be attributed to ongoing investment in staff and systems, enhanced relationships with manufacturers, increased referrals from current customers and focused partnerships with companies such as XS Paid.”

Recent developments include a fully-automated quoting engine which uses information from a dealer’s DMS to create and email a bespoke quote to a customer, and an automatic customer refunds facility which requires zero input from accountants, should a plan be cancelled.

To enhance the strength of the company’s reporting suite, eDynamix has released a new ‘connect’ app. This gives an instant overview of daily, weekly, monthly and rolling 28-day performance, helping to drive sales from anywhere.

On top of the expansion in the UK, eDynamix has continued to grow in Ireland and is scheduled to release service plan products into a number of large dealer groups in Germany and France, plus three large OEMs in Australia, by the end of 2016.