Which is the best car marketing website in an increasingly crowded market? 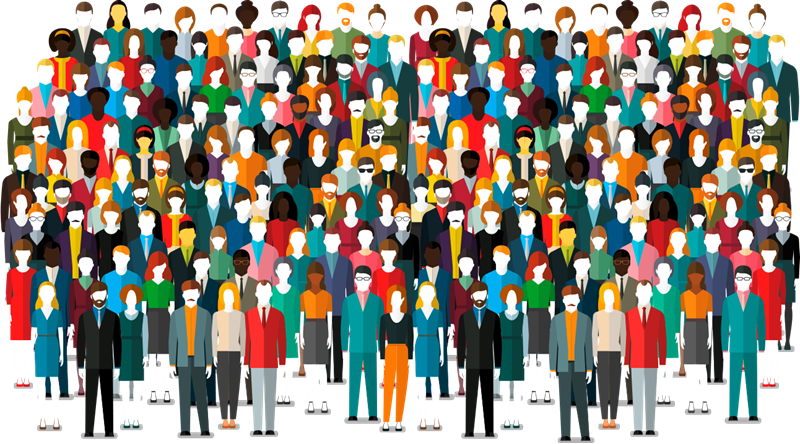 While we are getting more used to buying goods online, which is the best automotive site for you?

AM looks at the explosion in different online automotive offerings available in the UK and explores how this very crowded marketplace is affecting retailers.

The UK’s largest automotive digital market platform currently dominates the industry with its products and services.

This strong position has inspired many competitors to try to steal its crown.

Its last report showed annual revenues of £355.1 million and an operating profit of £243.7m. It has an average of 461,000 vehicles available on the website each month and attracts 239m advert views each month.

This website offers an online remarketing channel for dealers to help manage the distance selling of nearly-new and used car stock.

After launching in 2002 it was acquired in 2014 by Dennis Publishing, the parent company behind Auto Express magazine and carbuyer.co.uk.

BuyaCar uses that publishing audience of more than six million readers to market its services.

More than 700,000 browsers look through stock on the BuyaCar platform each month.

Dealers can add stock at no cost and BuyaCar charges dealers a handling fee, which is agreed upfront, if it successfully sells the vehicle.

CarGurus was founded in 2006 by Langley Steinert, the co-founder of TripAdvisor, but expanded into the UK in 2015.

At launch the company had more than 200,000 regional car listings which immediately put it into the top four largest UK car shopping websites by inventory.

UK dealerships can list their stock on CarGurus at no cost, with options to buy additional advertising packages.

It also acquired UK-based PistonHeads.com in early 2019, which itoperates as an independent brand.

Venture capital-backed Carwow launched in 2013 and its offering is based on allowing customers to research, select and configure new cars before receiving up-front, no-haggle offers from up to five UK franchised dealers.

Customers can then make an informed decision on the offers based on price, location, dealer ratings and delivery time, before buying directly from the dealer of their choice.

Carwow says consumers save around £3,600 on average per vehicle, and £5 billion worth of vehicles have been bought through Carwow since launch.

It attracts more than 2.1 million visitors per month.

BCA-owned Cinch launched in July 2019 offering vehicles of up to seven years in age and 70,000 miles from what BCA describes as a “trusted dealer network” of franchised retailers and independents.

The platform asks visitors a number of questions about their lifestyle before helping to recommend a number of cars which fit their needs.

Ebay completed its acquisition of Motors.co.uk from Cox Automotive in February 2019.

It has pulled together eBay, Gumtree and Motors.co.uk to offer more than 620,000 online car listings across all three websites.

All three sites are aiming to provide an alternative to the current UK market leader.

The social giant launched its online classifieds site, which has its own dedicated vehicle section, in 2016.

Sales are focused on a user’s local area rather than nationally, and the USP is that searches, results and even replies are backed by the company’s artificial intelligence systems.

The Daimler and Volkswagen-backed online used car retail marketplace launched in August 2019 in the UK with a dealer stock topping 100,000 vehicles.

Originally funded by VW and operated in the manufacturer’s German home market, Daimler bought into the Auto Trader and carwow rival a year ago and now has an aggressive launch strategy which offers retailers marketing support for free.

Dealers can publish their best offers and align them with the consumer magazine’s “target price” and vehicle reviews.

All sales are completed through direct contact with the dealer, either by way of a showroom visit or over the phone.

CarGurus' success in the US
When CarGurus launched in the US 12 years ago, the market was a duopoly led by cars.com and autotrader.com (autotrader.com is owned by Cox Automotive and is not related to Auto Trader in the UK). But CarGurus took the lead in the US in May 2018 as the largest automotive shopping site, investing “hundreds of millions of dollars” in marketing to get there. A spokesman from CarGurus said it is gaining traction in the UK since it launched here four years ago with Comscore ranking it as the fastest growing automotive shopping site in the UK, based on the percentage change in average unique monthly visitors from Q3 2018 to Q3 2019.

Can anyone shake the Auto Trader dominance?

Despite there being a multitude of competitors in the online classifieds space, the conversation is almost always dominated by Auto Trader.

There is an understanding from some that Auto Trader has earned its way to the top with consistent investment in a consumer-focused website and if the business is the biggest, doesn’t that mean it’s delivering the right experience for consumers?

But for some dealers the relationship is strained or even hostile.

One dealer, who preferred not to be named, told AM: “We tolerate Auto Trader. It’s working hard to change that perception, but the reality is different.

"The Silence the Squawk campaign this summer for its new car offering hasn’t helped.

"They’re likening dealer networks and OEMs to irritating parrots that are bombarding and annoying customers.”

The dealer said some feel it’s unfair that Auto Trader is making strong returns but continue to increase fees with a “lack of empathy for the fact that car retail is a marginal business”.

The dealer said even with other UK launches, they don’t believe there’s a true competitor to Auto Trader.

However, he said that if prices continue to increase, some dealer groups will walk away to funnel marketing spend into rival platforms or to reinvest in their own online used car websites.

Another dealer told AM that some dealerships and even certain franchises are looking for alternatives to succeed in taking market share from Auto Trader to try to bring some balance back to the market.

He said: “Out of all of them I think CarGurus could be a credible threat.

"It has overtaken Autotrader.com and Cars.com in the US. It’s going to take them consistent marketing spend to build that brand in the eyes of UK consumers to the same kind of level as AT, but they seem to be making more noise than the others right now.”

Another dealer said there’s a reason Auto Trader is a market leader in the UK and it’s unlikely they’ll lose their crown.

“Yes, they charge like a rhino, but you get results,” he said.

“We look at what we sell against what it costs.

"It’s pretty simple and the market is fragmented with other players, but they’re not getting the sales and traffic of AT. AT has a much better user experience compared with the others and I’m not seeing any innovation that is making other players stand out.

"I see Auto Trader as pro-consumer. If you’re pro-consumer you’re getting more people looking at cars and then we sell more as a result.”

Craig Johnson, director at digital agency Kagool, said there is space in the market for multiple players.

He said that for a challenger to take a market-leading position in the UK, it will need to invest in personalisation, more product content to support listings and better pricing context.

He added: “There’s still more that can be done to track the customer journey across devices and visits.

"It’s something eBay and Gumtree do quite well but I think there’s room for innovation across the industry.

"When I buy trainers I still get more pictures online than I do of big ticket items like vehicles, so I think content needs to be increased even further than the level it is right now on the platforms.

"There have been moves to introduce pricing indicators, but I think consumers see through that when you’re only comparing from your own platform.

"To be truly transparent pricing needs to compare the whole market.”