Is cash king for car dealers? 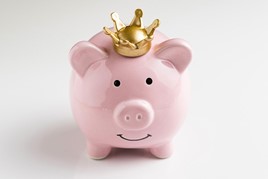 While automotive leaders cannot predict the UK’s future relationship with Europe, they are clearly building up cash reserves to face the challenges ahead.

A recent report from UHY Hacker Young, the national accountancy firm, shows the top 100 dealerships in the UK have reduced their debts by 22% over the past 12 months, to £9.7bn, down from £12.5bn in the previous year.

Dealers understand that if confidence wobbles and the car markets sour, the danger will come from lack of cash flow, not short-term lack of profits.

UHY Hacker Young said the debt reduction has significantly improved the financial strength of the sector ahead of the expected Brexit-related slowdown in car sales.

Paul Daly, partner at UHY Hacker Young, said UK dealerships have been gradually de-risking since the 2016 EU referendum, in the knowledge that big-ticket purchases such as cars are the first to suffer when consumer confidence fails.

Daly said dealerships have managed to shed debt by reducing capital investment, off-loading property assets (through sale and leasebacks) and becoming more focused on cash generation. In some cases, non-core overseas assets have also been sold.

Daly said: “The cutting of debt among UK dealerships has put them in a much stronger position.

“To date, dealership results have fared well despite the fall in new car sales, owing to the strength of the used vehicle and aftersales markets. However, preparing to weather any post-Brexit storm through debt reduction seems a very sensible move by the sector.” 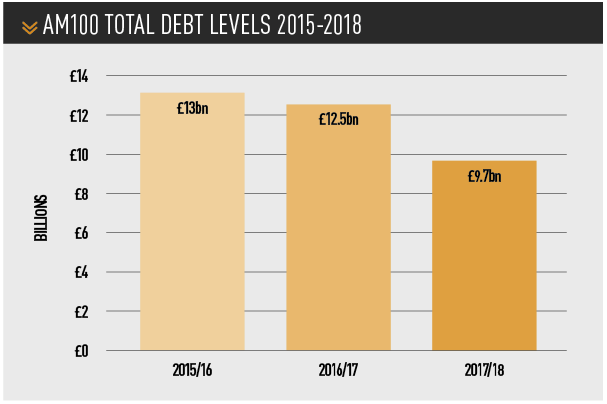 Daly said the risk of a post-Brexit sales slump and the potential 10% tariffs on EU-manufactured vehicles is fairly severe, but added that lower gearing would certainly help to manage any challenges that occur.

There are risks involved with focusing too much on cash rather than profit, such as depressing return-on-sales (RoS) figures, particularly in an industry where average ROS is below 1%.

Daly said: “There’s clearly a balance to be had, but I think if you look historically at the sector, they are highly geared businesses, so I don’t think there’s a risk of too many businesses going too far with focussing on building up cash.”

Steve Le Bas, audit partner at BDO, said while it was good practice for dealer groups to build up cash reserves to absorb any shocks, there has been no specific push in this direction by the groups he is working with, which range from £100m-£1 billion in annual turnover.

Le Bas said dealers have told him Brexit is less of a concern to consumer confidence than a potential change in Government through a general election.

BDO has not recorded any significant movements in the market to sell off property or reduce headcounts either.

Le Bas said: “It’s actually quite difficult to build cash, particularly if your stock is funded, it’s not going to release much cash. You can sell excess property or close sites if you’re in a position to do so.

“Dealers have had a good five or six years and I think where we’ll see businesses caught out are those more average dealers that have performed well in good times, but will struggle as the market comes under pressure.”

Le Bas said cash generation can start with cost control, although this will not result in massive change overnight.

He said: “Some dealers are looking at costs more closely than others and the need to build cash is a concern, but we’re not seeing businesses in dire straits that have woefully unprepared.”

Le Bas did say that dealers are looking to take their destiny into their own hands and there has been less of an appetite to invest in facilities or start multi-million-pound dealership developments.

While Daly said he doesn’t think there will be large redundancies hitting the sector this year, he does think dealers need to review headcounts.

“Headcount is unfortunately one of the areas that does need looking at. It’s not until you take a step back and look at how the headcount has expanded over the last years that it can become clear that things aren’t in balance,” he said.

“I think it’s more likely that if people move on from a site, they may not get replaced, rather than lots of job cuts.”

Daly said UHY Hacker Young has tracked an increase in sale and leaseback deals in the industry as a way for groups to generate some cash.

“There is an appetite from the pension fund market to invest in dealership property right now, particularly if it’s a site that has been newly refurbished,” he said.

“Dealers have always been of the mindset that they want to own their property, but I don’t think it should be discounted as an option, particularly with some of the returns available.”

John Clark, John Clark Motor Group chairman, said the ability to free up cash in de-stocking vehicles is difficult due to many manufacturers pumping product into the market for Q1 and Q2 to absorb any Brexit fallout.

Clark agreed with Le Bas’s view that more dealers are sitting on their hands over dealership investment due to the political uncertainty, so that is safeguarding some level of cash.

Clark said reviewing headcount is difficult because “how can you do that if you’re still busy with customers?”

He said dealers’ fleet departments in particular could be hit due to the 8% downturn in the market in 2018.

Daly said a review on working capital may reveal many potential improvements: “‘Back to basics’ is a cliché, but we are still seeing big disparities between dealerships from the level of cash in their businesses and it all comes down to tight processes.”

How should dealers build reserves and liquidity?

Clark said dealer groups have had an eye on building cash and controlling costs “for a long time” due to continued pressure on margins and profitability. He said Brexit has not changed that.

John Clark Group is reviewing all of its supplier contracts to make sure they provide the best value for money. It has cancelled several digital marketing contracts this year after realising it can tackle some areas more efficiently internally.

Karl Davis, the managing director of Coachworks Consulting, said while not every dealer will have the opportunity to significantly cut their debt, all can examine practices that may have slipped when the market was buoyant.

At an operational level, Davis said, dealers need to scrutinise processes and behaviours in both sales and aftersales because there are “easy wins” in boosting cash flow and liquidity.

“In car sales, for example, ensuring finance customers sign their paperwork at least 48 hours before taking delivery of their car can speed up the transfer of balance payments from the finance houses, which is particularly critical during peak trading periods such as month-ends and especially in plate-change months,” he said.

Davis added that retailers can set a policy of taking bigger deposits for new cars and where lead times are long, such as with premium and luxury brands, this can easily amount to hundreds of thousands of pounds being held by a retailer over a period of time.

“Setting a policy of larger minimum acceptable deposits is best practice in any business, as it not only improves cash flow but also strengthens the customers’ commitment to see the purchase through to delivery, with the anticipated profit being more likely to eventually land.”

Davis said retailers should reconsider cash-consuming corporate deals where payment terms leave dealers waiting for a month after delivery of the car to the fleet customer until full payment is made.

In aftersales, actively promoting and selling service plans at handover can also provide a major boost, especially if the plan is self-administered and cost collected as a one off up-front payment.

Davis said: “One of our best-performing clients consistently does this and has built up a £1m fund of customer prepayments.

“And let’s not forget the opportunity to generate revenue as each car enters the workshop, as undertaking a fast and thorough eVHC, then sharing best advice with the customer in a compelling and expert manner instantly increases customer spend.”

A volume brand Coachworks Consulting has been working with has seen revenue increase by £15,000 per month per site in labour sales alone. Davis made it clear this was not overselling, but just effectively advising the customer.

AM Poll
Are video appointments a better use of sales executives' time than face to face appointments? Please leave a comment.
Vote
View all
2218