Can Mitsubishi double its volume in five years? 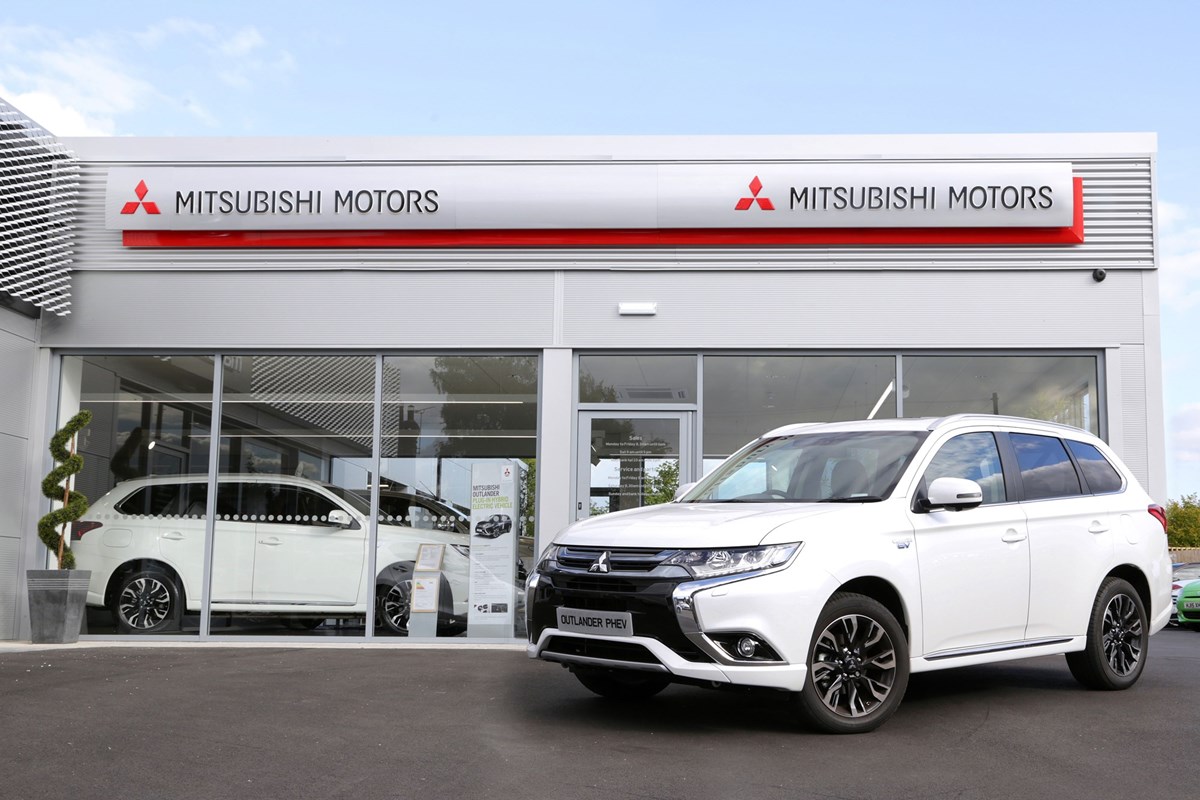 The Outlander PHEV has been Mitsubishi’s biggest success story in recent years – its 11,786 registrations in 2015 made it the best-selling plug-in vehicle on the UK market – but now the brand has to retain the customers it won and attract more.

To address those challenges, Mitsubishi will take a two-pronged approach – an expanded model range and a revision of how its 125-strong franchised network deals with customers.

Earlier this year, Lance Bradley, managing director of Mitsubishi Motors in the UK and his senior team shared their five-year “vision” with the network. Under ideal conditions, they said, this could take the brand’s annual new vehicle volume to between 40,000 and 50,000 units.

Bradley acknowledged that that is quite a range, and claimed it is not a target, but rather what he thinks is possible given the Mitsubishi products coming through – it will launch a new SUV every year until 2021 to capitalise on a market that has grown by 214% since 2010.

The model range is already expanding, with a Shogun Sport coming later this year, followed in 2017 by a new mid-sized model complete with a tax-efficient PHEV (plug-in hybrid electric vehicle) drivetrain and front-wheel drive. That will be positioned slightly above the ASX compact crossover, which will remain in the market until near the end of the decade. Joining it in 2018 will be a B-segment SUV, a first for the brand, followed in subsequent years by replacements for the current full-size Shogun and Outlander.

However, that volume ambition is some way off. In 2015, Mitsubishi’s new car registrations totalled 22,693 units, on top of which it achieved 9,006 light commercial vehicle sales – mostly its L200 pick-up. For 2016, its growth target is modest, perhaps 5%, Bradley said.

Even with a new PHEV in the model line-up, Mitsubishi faces significant challenges. When the Outlander launched, it was ahead of the plug-in game, but now it competes in a far more crowded marketplace against the likes of Volkswagen, BMW and Mercedes-Benz. The Government grant that lowered the price of the Outlander by £5,000 changed in March, and it now qualifies for a grant of only £2,500.

Exchange rates, long an issue for Japanese manufacturers, have also been moving in a less favourable direction, with the yen down almost 12% against sterling since the EU referendum.

Mitsubishi’s dealerships will need more staff if its volume ambitions are to be realised without damaging the customer experience and Bradley hopes that a new training programme, which includes IMI accreditation, will entice new people to the network.

Sales, aftersales and technical personnel can avail of   tailored programmes and more than half of the courses are provided online so as not to take salespeople and aftersales staff out of the showroom all day.

“Customers who are spending a lot of money have a right to be served by people who know what they’re talking about. The training course we had didn’t guarantee delivering that, and I think we should guarantee the right experience to customers,” said Bradley.

He said Mitsubishi had not identified any particular issue with CSI that led to the programme. Customer feedback scores show that 86% would go back to the same dealer.

One area that Bradley believes needs work is the physical sale in the showroom.

The automotive retail sector has long debated the merits of the ‘haggle’ and Bradley believes the way customers now choose their cars may finally lead to one of the most awkward points in the car-buying process being jettisoned.

Customers often don’t enjoy the car-buying experience, he said: “A car purchase should be fantastic, not just all right, but brilliant and really enjoyable. But in a lot of cases it’s not – the customer knows the dealer is better at haggling than they are because the customer does it once every three years and the dealer does it every day.

“If there were a way of getting away from that, it would be a good thing. You can’t get into price-fixing, but if you were able to present something to customers that clearly was the best deal, that would make them feel good and they’d enjoy the purchase process more.”

Bradley doesn’t believe everyone will buy online, thereby leaving no role for dealers. He thinks people will still want to test drive, to see if they fit in the car and if it fits in their garage, and they’ll want regular servicing.

However, he said: “You can’t say ‘people will always want to buy cars the way they do now’, because they won’t. It’s not a question of if car buying is going to change, it’s when will it change. It’s not something we or dealers should feel afraid of, but you have to embrace change, and that’s a big part of what we’re currently looking at.

“I don’t see change as a problem, it’s an opportunity. If we’re first to crack it, we’ll have as big a lead as we did with Outlander PHEV.”

Bradley said there will certainly be more channels for the consumer to buy from, and brands and dealers need to ensure they cover those channels.

BMW’s Retail Online initiative still involves dealers and Bradley said Mitsubishi would do something similar if it felt there was an opportunity, “because dealers are brilliant at having the local relationship with the customer and the manufacturer can’t do that”.

If it took that step, Bradley said Mitsubishi would probably try it with used cars first. It ran a promotional programme for used Outlander PHEVs last year, based on an offer of £299 per month on a fixed finance programme, and provided all the advertising for it, to create demand for the network. Bradley said it is not a huge step from that to saying consumers can order on a website and tell Mitsubishi which dealer they want to collect it from.

He said less than 1% of Mitsubishi’s sales went through Carwow last year, but added that although it’s not a big player, it is a big influence.

He believes operations such as Carwow will provide more professionalism in the online buying market, but there is a risk that it will become a race to the bottom in price terms. Bradley said it’s important that doesn’t happen because it costs money to run a dealership and to provide a level of service, so there has to be profit in it for dealers. If it is purely who can give away the most margin, that is not a sustainable model for dealers or Carwow, he said.

Bradley is disappointed with his network’s profitability. In 2015, average return on sales (RoS) was 1.5%, and he expects it to be the same this year. Given the volume the network has been doing, he said he would like dealers to be making more money. The top performers made 5%, and 20% of the network made 3%.

The carmaker may intervene later this year to have more influence on dealer profitability. Mitsubishi franchisees told AM earlier this year that some of their counterparts seemed to be distress-selling, with large discounts on popular models. Bradley said his team has been concerned about the rate of decline in dealers’ retained margin, and has assembled a working group of franchisees to consider how to address this.

The solution is likely to be shifting part of the dealer margin into a better consumer offer for the fourth quarter, although the exact details were still being refined.

Mitsubishi has not been in a position to subsidise its PCP and lease offers as strongly as its rival European brands, which have stronger residual values and deeper pockets.

PCP accounts for about 25% of Mitsubishi’s sales, far behind the industry average. Bradley wants this to be very different by 2021, and the company now has a manager dedicated to working with the RV setters.

In March, Bradley told dealers how important it is to have that ambition of 5% RoS. A dealer might not get there, but it stretches the business and it might get to 3.5% or 4%, which would be a massive improvement.

“It’s a marathon, not a sprint. It doesn’t matter what profit they made in a period, but it matters what they make in the long term.”