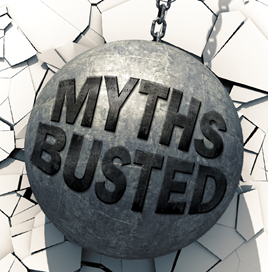 Is 100% overhead absorption feasible any more?

Overhead absorption boosts resilience within a dealership, as the service department helps to minimise the impact of fluctuations in the new car market.

However, figures from ASE show the average rate among UK dealers has been below 55% for the past 12 months.

Jones said the reason the average has slipped is due to bigger dealerships with higher overheads.

Miles Alvis, Lookers Volvo franchise manager, said its overhead absorption target is 100%, but manufacturers have insisted on large increases in resources, mainly around personnel, which have seen greater rises in direct costs that are not in line with gross profit growth.

Alvis said: “For example, dealer demonstrators are costing more to write down, increases in the national minimum wage and infrastructure costs have meant a decline in the level of absorption.”

100% overhead absorption is possible, but many dealers face mounting overheads, which pull down the average.

Jones said: “Some manufacturer brands struggle to get near 80%, while some, mostly premium brands, are close to 80%. There are the top performing dealers in the UK where they are smashing 100%, so it is possible.”

Jones said overhead absorption rates are starting to creep up. He believes this is due to steady demand from the new car market and used cars. There have also been manufacturer recalls, which have increased warranty work.

The retail parc has also increased, with many on service plans, so that means more people are coming in to get their car serviced.

Is it more efficient to retain customers than win new ones?

Jones said there can be no doubt retaining customers is better for business.

He said: “Even if you ignore the marketing costs involved with attracting new customers, recent examples we have seen show a 15% difference in favour for gross profit on retaining existing customers vs winning new ones.”

He attributed some of that to the battle new customers have with sales executives when looking for a deal.

“The key on profits for existing customers is selling when they’re actually not shopping for a new car. They are much less price-sensitive when they haven’t been researching the market to a granular level,” said Jones.

Alvis agreed that retaining customers is vital for long-term viability and growth. 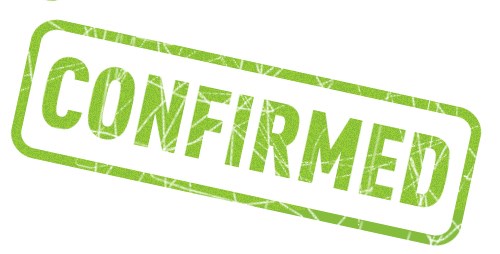 He said: “The more customers you retain will demonstrate the health of your business as you will be doing something your customers very much like. Stability of frontline staff is key to this.”

Alvis said statistics from within his business (he was unable to share figures) show there is more profit to be made from satisfied repeat customers.

He said: “New customers tend to be gained because of manufacturer marketing or offers, but those that are gained through existing customer recommendation further prove you have great processes delivered by great people.”

Are dealers really focused on recruiting outside the industry?

Ed Steele, managing director at automotive retail recruitment specialist Steele Dixon, said none of the senior positions he has been asked to recruit for in the past year have asked specifically to target talent from outside the industry.

He said: “I can’t remember a conversation where the brief was to specifically recruit someone from outside the industry and we do around 1,000 positions a year.”

Steele said there is a genuine desire from within the industry to recruit entry-level positions from outside the existing pool of candidates, but most vacancies seek tried and tested personnel.

He said: “For senior positions, it’s just too risky to get someone in that is cold to the industry.

“It’s absolutely possible for entry-level positions, but even then if you’ve got a problem dealership, you need someone that can hit the ground running.”

A leading recruitment company hasn’t had a single request to recruit from outside the industry in the past 12 months.

Alvis said if dealers aren’t looking at non-industry, they should be.

He said: “Marketing, selling and servicing cars have moved on significantly in the last 10 years.

“Dealers must employ customer service-focused individuals, social media experts and experienced individuals in people development, who are not necessarily trained in the motor trade.”

Were there really only 324 pre-registrations in March?

No. The pre-registration figures published monthly by the SMMT are clearly not related to the practice of dealers self-registering cars to hit manufacturer bonus targets.

According to the SMMT’s March 2017 figures, there were 324 pre-registrations.

AM sources have said as much as 20% of some manufacturers’ volume is being pre-registered in the last four days of a month. In March, that ratio would mean up to 112,467 of the total 562,337 registrations could be pre-registrations.

So what are the SMMT figures? A source who preferred not to be named told AM: “These cars are vehicles registered by the manufacturers themselves and retained for less than three months.

“They’re totally separate to what the industry looks at as pre-registrations.”

The SMMT’s monthly figures clearly have no relation to what the industry thinks of as pre-registrations.

Jones said pre-registrations are not inherently bad: “If you’re doing a good deal on stock and you can retail them quickly, they can be a good profit stream. The problems come when groups buy vehicles specifically to hit a bonus target in an inorganic way.

“There has been a decrease in pre-registrations in Q1 year-on-year. But no one really has in-depth access to the statistics, other than dealers and manufacturers.

“We did speak to the RMI and dealer groups about sharing data. However, it has never really gone further than that. A lot of dealers just don’t want to share their business information.”