AM Round Table: Tensions rise among car dealers as margins fall 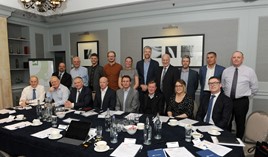 Relationships between franchised car retailers and their manufacturer partners show signs of strain due to shrinking margins, if conversations at the AM Awards 2020 round table meeting are anything to go by.

(Message from AM's editor: This round table was held in February, before anyone was aware of the full impact of coronavirus and the current lockdown)

Franchised retailers expressed their concern about the profit return amid rising vehicle prices, falling margins and the expectation of supply constraints from key manufacturer partners, as they attempt to mitigate the effects of new CO2-based CAFE regulations while rolling out new electric vehicle (EV) products.

John Clark Motor Group chairman, John Clark, was first to express what he saw as the erosion of the sector’s profitability since he started his business in 1977. “I’m looking for 2% on turnover and we’ve achieved that in certain years”, he said. “Some years we’ve been just 1% and I can’t accept that with the level of investment that’s required.”

Swansway Garages director Peter Smyth saidof the Jaguar Land Rover Arch Concept: “When we did the budget for JLR Crewe we went to our main shareholder, our father. He’s an octogenarian who’s not going to make any money from that investment for 10 years. He asked: “What good is that to me?”

Fellow Swansway director David Smyth and Clark both insisted that their businesses made money out of the Land Rover franchise.

Other franchises have been less successful in recent times and some around the table suggested that the time had come for retailers to be more assertive.

Peter Smyth said: “Certain manufacturers that simply don’t make money are having to wake up and smell the coffee.

“We are in the motor trade, but we are not emotional about cars, we’re not petrolheads. If we don’t see a return, we won’t do it.”

Speaking ahead of the news that Ford would close almost half of its 400 UK retailers by 2025, Peter Smyth endorsed the “pragmatic” decision made by Honda to cut up to 55 of its 155 sites in a bid to boost profitability.

Clark cited reduction in the Volkswagen UK margin for franchised retailers as an indicator that things are getting tougher, stating: “The average VW dealer made 1.06% last year and they just took 1% off the top end.”

But Clark also sought to highlight the margin that some OEMs are “giving away” to leasing companies as an argument that retailers who invest heavily should be demanding a larger share.

“Look at the margin they are giving away. No more,” said Clark.

Clark alleged that one leasing provider secured a 34% discount with one OEM by signing a “contract to purchase” 5,000 vehicles, but ultimately retained that having only completed the purchase of 600.

John Smyth said: “We still store the vehicles, prepare the vehicles and deliver the customer experience for these companies, having made the investment in the staff and facilities.”

Kevin Mackie, the managing director of Mackie Motors, said European OEMs’ UK NSCs were also benefiting from a resurgent pound. He suggested that one European manufacturer had made £100m in a single year through currency dealings alone.

In February the Euro rose to 1.20 against the pound, its highest since 2015. “They’ll be making money in the same way now,” Mackie said.

Franchisees’ preparation of facilities for the arrival of EVs has become more urgent since the Government announced in February it plans to bring forward the ban on the sale of all new petrol, diesel and hybrid vehicles to 2035.

But EU emissions regulations that will impose fines of €95 (£83) per gram of CO2 emitted by each car sold over a 95g/km fleet average from 2020/21 will have a more immediate effect.

He said: “One of the major brands we represent has said that it will be bringing fewer cars into the UK this year than it ever has.

“Where does that leave me with my target and where will it leave us in terms of the model mix we can expect to receive?”

Clark feels there is “no chance” of Government achieving its Road To Zero CO2 emissions targets and suggested that the 2035 deadline to end the sale of new petrol, diesel and hybrid vehicles was not realistic.

He said he had written to Prime Minister Boris Johnson suggesting a scheme that issued a “voucher” to help motorists whose vehicles fail to meet a more stringent set of MOT emissions standards buy a cleaner new vehicle.

McLaughlin added that he felt an agency-style margin structure would follow the advent of the EV proper, adding that this would eliminate many of the new online retail entrants to the market.

He asked: “If the car is the same price everywhere, then why go with them?”

Traditional dealers continue to question the long-term viability of platforms such as carwow and new online retailer Cazoo.

Gerry Moxham, the chief visionary officer at Click Dealer, said investors had backed such businesses in the anticipation of an explosion in online car retail which has yet to materialise.

Andy Oldham, chief executive of Dennis BuyaCar, said that new entrants such as Cazoo and heycar were actually helping to drive the market in that direction.

He said: “(Cazoo founder) Alex Chesterman is going all out on marketing and that can only help make consumers aware of the option of buying online.

“That will feed business into alternative platforms like ours and other car retailers that are ready to embrace that opportunity.”

“Cazoo is going to spend millions educating the consumer,” he said.

“Car retailers with the call centres and websites in place will be ready to sell to customers as they become aware they can transact in that way.”

He described a function of Arnold Clark’s app which allows customer to scan the numberplate of a car in the street to bring up the closest match in group stock as “absolutely brilliant”.

But he said he questioned the Cazoo model. He said: “Alex Chesterman has been extremely successful with Zoopla and Love Film, but he
has never had to deal with stock.

“With the preparation, storage and delivery of the cars to take into account, and no aftersales, how is he making any profit?” 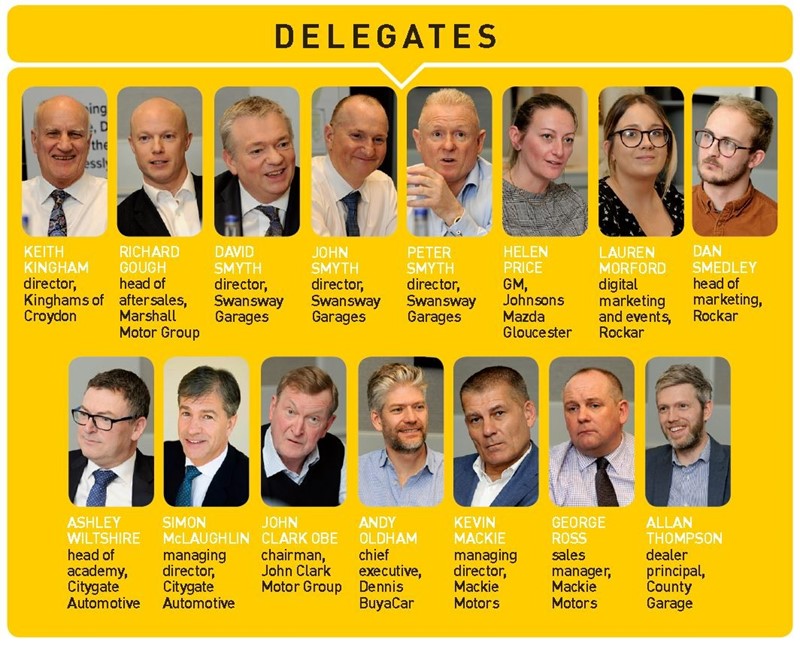