Now, more than ever, it’s critical for small regional dealerships to have their voices heard at both local and national levels.

However, with Government policymakers still grappling with the double whammy of the fallout from the COVID-19 pandemic and Brexit, there’s a danger their voices will get drowned out altogether.

So it’s key for them to ensure they have a place at the table, not only when it comes to lobbying their local MPs and Parliament, but also influencing the decisions of their manufacturer partners, writes Alex Wright.

But what’s the best way to ensure their voices are heard amid the clamour of demands from larger counterparts and other industries? 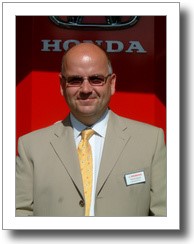 A good starting point is to have a clear opinion on a matter affecting your business and not being afraid to voice it and fight your case, says Richard Roberts, managing director of Trident Honda. Using trade bodies such as the National Franchised Dealers Association (NFDA) also adds weight to your argument as a collective voice, he says.

Roberts has had first-hand experience, having played an active role as chair of both the Southern Region Committee and the National Aftersales Working Group, as well as a member of the national executive.

“The best way to get your voice heard is by having a view on an issue and being prepared to put it forward in a logical and structured manner,” says Roberts. “Being engaged with the NFDA also helps, as does being involved in the local chamber of commerce and CBI (Confederation of British Industry), when writing to your MP and liaising with your local council over matters that directly affect your business.”

Dealers should also use the fact that they contribute significantly to the economy through the various taxes and charges they pay on vehicles as leverage when lobbying local government representatives, says Paul Ward, a director at Shelbourne Motors.

MPs are always much more receptive to the plight of dealers when they realise the value dealers bring to the local community as an economic driver, he adds.

“We are putting money into the coffers, so they should be interested in hearing what you have say,” says Ward. “Often they will sit up and take more notice when you bring that into the conversation.”

The NFDA holds regular meetings with smaller dealers across the UK to update members on the work it’s doing on their behalf and to hear first-hand about the problems they face.

It also directly helps those without in-house legal and marketing departments, and recently launched its Engage programme to support dealerss’ communication activities.

“We encourage and support our members in writing to their local MPs and have run a number of campaigns to tackle issues at a local level; we have also set up a Parliamentary Engagement Programme, where we invite MPs to visit the dealerships in their constituency,” says Sue Robinson, chief executive of the NFDA.

“These have proved extremely positive in helping MPs to appreciate franchised dealers’ relationship with their local community as well as their manufacturers.”

While the NFDA is effective at a UK-wide level, dealing with devolved governments in Scotland, Wales and Northern Ireland is more problematic, says Jonathan Gravell, managing director of Gravells. For example, a group of small dealers in Wales wrote collectively to the Welsh Government requesting that their businesses be able to reopen at the same time as their counterparts in England. 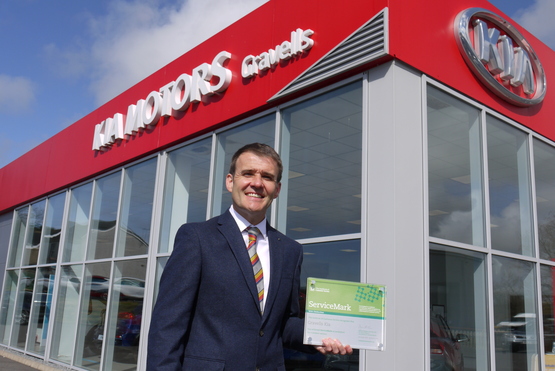 They were unsuccessful, having to wait three weeks before being given the green light to reopen. Dealers in Scotland had to wait a week longer.

“It’s about trying to build a better avenue for reaching these devolved governments,” says Gravell. “While they have exercised their full powers during the pandemic to control people’s movements, at the same time, they haven’t necessarily taken on board the implications for businesses.”

When it comes to contacting manufacturers, it’s always best to work with rather than against them if you want to hold greater sway, even if you don’t agree on everything, says Roberts. He has achieved this in the past as chairman of the MG Rover Franchise Board, and by participating in, and supporting, various manufacturers’ dealer associations, such as Honda’s national dealer council.

By and large, manufacturers have been sympathetic to dealers’ problems during the pandemic and have been more willing to listen to, and meet, their needs.

Feedback from dealers has been acted upon swiftly and the appropriate changes made, reinforced by the NFDA’s Dealer Attitude Survey, which has had its highest response rates in the two most recent editions.

“The best advice I would give to a small regional dealer is to stay in close contact with their fellow local dealers with the same brands and form a strong relationship with them,” says John Tordoff, chief executive of JCT600. “That way they all have a common interest and can share and work on resolving common issues together.”

"Up until now they have been quite passive because of their size and individual interests, but now they need to use their collective voice and make sure that it’s heard, particularly in this digital age.”

We'll be opening the online entry system just before the Christmas break.