What does a target-free agency model future hold for franchised car dealers?

The benefits of an agency-style model, where the new car journey is managed online and manufacturers pay a handling fee to retailers, largely outweighs the disadvantages, according to senior executives at dealer groups already experiencing mixed commissions at work in their businesses.

Daksh Gupta, CEO of Marshall Motor Holdings, is well-known as one of its exponents. He says: “It’s nothing new, it’s been around for 20 years. Around half (the group) do agency in some shape or form.”

Chief operating officer at Snows Motor Group Neil McCue believes the arrival of the agency model is inevitable, he says: “Manufacturers have been talking about it so much and it is already running in our fleet operations. However, manufacturers have not said too much about how the model will work, so we are a bit in the dark.”

One of the biggest advantages for retailers is new car stock will no longer be incorporated on their balance sheets and the cost of interest on stocking loans will be saved, although turnover will reduce for new cars.

Gupta says: “While our debt will reduce, we should remember that retailers’ enjoy a working capital benefit by claiming VAT on consignment vehicles. In addition, agency will mean that some of the costs that retailers bear today, in addition to interest, such as the write-down of demonstrators, training and marketing will also be absorbed by our brands going forward which also de-risks our business.”

Endeavour Automotive represents four brands at 16 sites including partnering Volvo throughout the capital and is responsible for Polestar’s first UK Space in Westfield London where agency-style agreements are already operating. 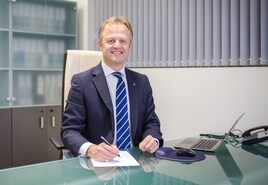 CEO John Caney says: “From a balance sheet perspective, agency de-risks because it is not our stock. That’s a positive as manufacturers at certain times force stock on us which isn’t necessarily the right stock.

“There’s talk about our loss of margin but with the franchises we have got and the work we are doing with the manufacturers, the headline number is a little less than what I think we could negotiate, but I’m quite happy with how it’s working out from a margin perspective.”

Gupta adds: “While today we may start with a typical 13% margin and only retain 4% of that with the other 9% going in discount and cost absorption, in the future we may only retain 4% but all the costs and discounting will go. I joined the industry in 1992 and the dealer margin was between 17-20%, but we didn’t retain any more than we do now, we just don’t give away as much discount as we did in the past.”

McCue says: “Margin is a big risk for us and we need to understand what the margin is on the cars. Ideally, we want a very sensible handling fee for transacting and we want to handle the part-exchanges. On the servicing side, we would like to see all-inclusive packages so we can retain the customers.”

GOODBYE TO TARGETS AND HAGGLING

In theory, moving solely to an agency model will mean targets will no longer exist since retailers are fulfilling, rather than selling. Manufacturers will be responsible for attracting customers with dealers simply delivering the practicalities of the sale itself.

McCue says: “There are so many unknowns, it’s really hard to predict. At the moment, we have a model where we sell a car, you get targets and bonuses, but how will that look in the future? While you have the risk of target, that’s always going to encourage heavier trading to try to get the numbers done.”

Caney says: “We have seen some great results during COVID when manufacturers relaxed the targets and we didn’t sell any less vehicles within the opportunity.

Ultimately, targets are driven by stock and stock is driven by ageing stock. If we are not in that environment where we’re under pressure, where we are holding interest-bearing stock, then it makes it an interesting conversation to be had. Targeting is quite an old-fashioned way to get results.”

Research shows most customers hate the haggling, which makes fixed price new car buying, as determined by the agency model, better for consumers.

Caney says: “A lot of customers don’t want to come in and negotiate, we have seen that with online transactions.”

Gupta says: “It ultimately means the residual value of cars will be significantly better than we have seen today and, over the long-term, this is great news for customers because when it comes to the cost to change, it is significantly lower.”

McCue says: “The agency model would provide parity in the market and it does need to shift in that direction. If you look at brands like Apple, there’s a price you pay for the products and that’s it, you don’t drive to a different store to get a different deal. McDonald’s is a franchise, but you can go anywhere in the country and you still pay the same price for a Big Mac.”

Inevitably, manufacturers will approach the agency model in different ways. Already, some retailers are operating mixed commissioning in a single business and groups are likely to operate a variety of reward methods dependent on franchise and even model.

Caney says: “What the manufacturers have shown to us is evolutionary, but I wouldn’t be surprised if that gathers pace quickly.”

Meanwhile, subscription payments, already offered by Volvo across its range, is running parallel with the move to agency. Endeavour has seen a significant take-up of subscription for certain models, particularly the XC40 under its Care by Volvo offer which operates along agency model lines.

Gupta says: “I expect you will see some OEMs will go quickly and try and make it work, some will dip their toe in car-by-car and it may take them 10 years to roll out and some will move to agency each time a new model is launched. The roll-out will depend on the appetite of each individual OEM.

“There will be lots of ups and downs but long-term, it will be a good thing for our business, customers and our OEM partners.

“I know some people may be concerned that the OEM may cut out retailers, but my question to those thinking this is, if retailers do not exist, how will the OEM run its distribution channel? How will customers test drive vehicles? How will customers have their vehicle serviced? How will manufacturers handle partexchanges?

“Personally, I believe OEM and retailer interests are absolutely aligned.”

McCue says: “There’s always nervousness when change comes along, but we have to trust the manufacturers. Manufacturers need a dealer network to sell their cars. It’s like online sales, who would have thought we would have been transacting online the way we are now?”

The skillset demanded by today’s dealership has already seen new roles created and undertaken by employees far removed from the traditional sales person.

Over the past 12 months, Endeavour has created a range of new roles including product specialists for the showroom floor, digital teams managing online enquiries and sales, and handover specialists. By the end of Q3, Endeavour would have appointed 12-to-16 new employees in these new roles.

At Marshall, Gupta says: “We will still have a sales team for used cars, but it will be different for new. They will be very customer focused, have a higher basic, minimal commission based on looking after the customer and following up leads.”

For third-party so-called digital disrupters that emerged to fulfil the needs of those who do not want to haggle in the showroom, many dependent on dealers discounting in a desperate bid to hit targets, the agency model could well place a question mark over their business model. 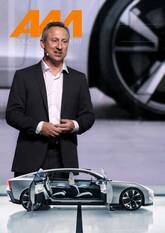