How to build your own business leader 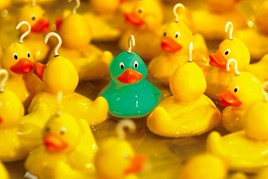 Meanwhile, retaining high-calibre staff who want to climb the career ladder is one of the biggest challenges facing automotive retailers.

Jardine Motors, with 70 locations retailing 20 brands and employing 3,600 people, and privately owned JCT600, with 51 businesses representing 21 manufacturers and a staff of about 2,000, both operate leadership programmes to develop future general managers. Rockar, which pioneered a new way of retailing through its shopping centre stores, where product ‘angels’ rather than traditional sales executives help customers select their next car, has also launched an internal programme to train future leaders.

JCT600 uses an annual ‘talent’ process to identify people who have the potential to be heads of business based on their performance, leadership ability and yearly review. Currently, about 60% of its heads of business are ‘home grown’ with 40% appointed externally, a balance which HR director Katie Saunders thinks is right. No more than 10 at any one time undergo a year-long leadership programme, which uses an external business psychologist.

Saunders said: “In a business of our size, you only ever need a handful of people that you are developing towards those roles. Six years ago, we had too many external appointments because we didn’t succession-plan in the way we do now. You always want fresh ideas and fresh pairs of eyes and it’s really healthy to keep that mix. The 60% of home grown heads of business have all been through the leadership development programme.”

Jardine Motors Group has operated its leadership development programme for three years and 10 of its current 70 GMs have undergone the programme. In 2018, the group introduced a programme to identify and prepare employees to take the step into sales and aftersales management, with 71 undertaking its ‘first line managers’ programme in 2019.

To obtain a place on the ‘leaders of the future’ course, which provides a pipeline of talent for GM roles as well as being open to head office staff, employees are ‘sponsored’ by their manager, although they can also request to be considered at end-of-year reviews. In 2019, the 12-month course, delivered externally, will be extended to 18 months to allow more time to ‘embed’ the knowledge gained. All those who pass achieve an NVQ Level 5 from the Institute of Leadership and Management.

Clare Martin, Jardine’s group HR director, said: “Sometimes people don’t have the confidence and you do have to go to them and say ‘we really think you show the potential of being a great general manager of the future’, but now it’s been running for three years, it’s more people putting their hat in the ring and saying they want to be a GM.”

Starting at a single site, Bluewater, in 2014, enabled Rockar to port staff across when it opened in Stratford six months later, and to develop its store leader role, its equivalent of a DP/GM.

While it now operates one flagship showroom, the Jaguar Land Rover business at Westfield shopping centre in Stratford, East London, Rockar is working with a number of manufacturers to introduce its retail concept nationwide, including recruiting the right staff to run the stores.

With the inception of its manufacturer programme, Rockar launched its own leadership development programme in April 2018, which currently has eight people undergoing training.

Managing director Martin Sewell said: “We are growing as more manufacturers come on board and we have some big new projects starting up. It’s keeping everyone really excited as they can see the progression from ‘angel’ upwards. Leadership is leadership, but some of the modules are specific to e-commerce and an omnichannel environment, including the different behaviours and motivators of customers.”

These programmes have also expanded both JCT600 and Jardine’s pool of general managers beyond the traditional sales environment.

Saunders said: “We have found aftersales managers often make fantastic heads of business because of their depth of problem-solving skills and the fact they have managed much bigger teams and more complex issues.

“We are happier than we have been at any other point with the quality and calibre and personalities of our heads of business.”

Martin explained: “It’s about having transferable skills. I think people over-complicate things and think you can’t run a business unless you have done sales, but in aftersales you are still selling, it’s the same skill set. We have a number of very successful general managers who came through aftersales.

“One of our first guys who went through ‘leaders’, Jean-Pierre Jamil, who runs Amersham Audi, started his career as a valeter and then moved into aftersales, then aftersales manager, completed the programme and took up the GM job.”

Prior to launching its programme, Rockar nurtured one of its shining stars from ‘angel’ at Bluewater to team leader. Business graduate Charlotte Evans worked in the beauty sector before she joined as an ‘angel’ in 2014 and was promoted to store leader. She now runs its manufacturer implementation team.

Sewell said: “Everyone we recruited came from outside the industry, such as retail or leisure, or straight out of education and joined us at ‘angel’ level. We have some bright young people who have been with us since launch and we have grown our own. It was easy for us to identify future leaders. We are actively focused on looking in the teams for our leaders and that opportunity is not just confined to the UK.”

The programmes all have a common thread – identifying people internally with leadership potential and developing exceptional leaders who inspire their team to deliver the highest levels of customer service.

Saunders said: “The head of business is the most important decision you make for a site.”

Martin said: “We are going to lose people because we are not able to fill all of their aspirations because we may not have vacancies but what we see from people going through this programme is that they run our best businesses so we benefit in terms of profitability, customer engagement and colleague engagement. We had a lot of attrition in the GM population and we don’t have that anymore.

“What it does for us is provide a talent pipeline so when we have a vacancy, the people who go in are more effective more quickly.”

She added: “Our next phase, what I would really love, is to recruit people to our businesses who have no motor industry experience. What I say to my general managers is you can come out of this business and go and run any business. That’s why the leaders of the future programme is purposefully not anchored in the motor industry, it’s about being an amazing leader.”