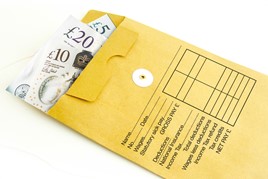 Payroll is one of any dealer’s biggest outgoings, so any change in the law can have a significant effect on the bottom line.

For example, a series of rulings on holiday pay over the past few years has forced dealers to overhaul their payroll policies.

In a landmark case, the Employment Appeal Tribunal (EAT) ruled in 2014 that overtime pay should be included in employees’ pay for holiday leave, as well as any commissions that would have been earned during that period.

In 2017, the EAT ruled that voluntary overtime should also be included if it is regular enough to constitute “normal pay”.

This has had the effect of increasing dealers’ overall payroll costs, but it has not as yet extended to redundancies, termination, sick pay, maternity and paternity pay and pensions, they say. Many dealers have responded by making job cuts and reviewing costs to see where they can make savings in other parts of the business.

Given that commissions are a central part of car sales, many dealers say they already factor these payments into their overall payroll budgets. However, some still include them as a separate variable cost. Whether that will change as a result of the shift towards a higher basic salary remains to be seen.

“What it comes down to essentially is an increased cost that dealers have got to bear the brunt of,” said Steve Le Bas, audit partner in BDO’s automotive team.

“All of this is conspiring, at a time when trading conditions are getting tougher and registrations are falling, to put further pressure on the bottom line.

“This has prompted dealers to make job cuts, often through the back door, and to review all their costs, particularly their allocation of resources. The recent court rulings have only sharpened their focus.”

Richard Sanders, managing director of Richard Sanders Group, said for his company the average commission included in the holiday pay is reflected as a daily rate based on the performance of the

individual salesperson over the past year. This means a high-flying sales person would receive more than a newer or lesser performing sales person, he said.

“But it also rewards our loyal and longer-serving members of staff who want to take a holiday from time to time.

“While we are mindful of the additional costs, we are able to control them. However, the companies who are going to be affected most by this are those with a predominance of unskilled labour and who historically paid the minimum wage or less.”

Another chief executive, who asked to remain anonymous, said his company was one of the few complying with the new rulings. Most companies were keeping their heads down and hoping to go unnoticed, he said.

“We’re very much in the minority. The industry has always been all about earning as much commission off sales as possible and it’s going to take a huge shift in culture for that to change.

“The ruling will ultimately cause a reduction in the volume of salespeople. The combination of the extra cost of that and the fact we are all seeing fewer customers will evolve into smaller sales forces because we don’t get the volume of walk-ins any more.”

Julia Carter, HR director at Perrys Group, which has just completed an 18-month overhaul of its payroll and HR software, said her company moved to holiday pay based on average commissions earned in 2012/13. The move was prompted by feedback from sales people worried about missing out on commission if they took holiday, she said.

“They fed back that they were disincentivised to take annual leave because they weren’t earning any commission while on holiday,” she said.

“We got to the point where we were three quarters of the way through the year and it became immediately obvious that the sales executives had not been taking their entitlement.

“So we changed the whole pay structure. We also decided to offer them £50 per day guaranteed commission when they attend training because that was another area where they felt they were missing out and were reluctant to go on courses as a result.”

Mike Jones, the chairman of ASE Global, said the change in the law had resulted in increased costs for dealers because it included commissions. However, he added that companies were increasingly moving towards higher base salaries now.

“Historically, the average salesperson was heavily commission-based and on a low basic salary. Companies are moving away from individual on-target earnings towards a higher base salary and these rulings have only exacerbated this, not to mention the increase in minimum and living wages.”

Nigel Morris, an employment tax director in the motor sector team at MHA MacIntyre Hudson, a chartered accountancy firm, said while the rulings on holiday pay had increased dealers’ cost bases, many had managed to absorb the additional expense. But he believes that is unlikely to continue.

“These rulings happened at a time when the sector was growing, so the ability to absorb the additional costs was much greater,” he said.

Despite the increased cost burden, Morris said dealers were still focused on attracting and developing staff and improving profitability.

“The best dealers have continued to invest in the best talent available,” he said.

“At the same time, they are looking at different ways they can boost their margins to compensate for having to absorb these additional costs.”

To this end, Morris said companies have been looking to eliminate higher-than-necessary payroll costs. Those include benefits such as company cars, he said.

“Dealers need to look at their overall payroll policy and determine the areas where their tax bill is getting too high and how they can pull back on it and do things differently,” he said.

“While they need to do this in a more efficient way, by the same token they need to do it in a manner that is fair and ties in with supporting the recruitment and retention of their best staff.” ALEX WRIGHT