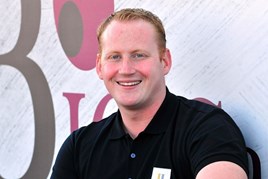 Stott formally announced Big Cars’ decision to cease trading after nine years in business in a statement issued this afternoon, which revealed Grant Thornton had received a number of offers to acquire assets of the Essex-based company.

“Our immediate priority is to secure the best possible outcome for customers and creditors.”

Stott said in his statement that Big Cars had achieved rapid growth and built up one of the UK’s largest corporate profiles on social media during the past nine years.

But he added that “major changes within the motor retail market in respect of finance and stock provision during 2017 impacted significantly on the business”.

He said: “Our advisors, Grant Thornton, have received a number of offers to acquire assets of the company and we remain confident that an agreement will be reached in the near future.

“We would like to take this opportunity to apologise to customers, employees, suppliers and other affected parties for the uncertainty during this time, which we deeply regret. We are working tirelessly on reaching a solution.”

As reported by AM yesterday, the sudden closure of Big Cars marks a dramatic change of fortune for the business which was placed in the London Stock Exchange annual list of 1,000 companies to inspire Britain for a third time last summer.

The used car business became one of 69 companies featured three times nine years after Stott quit his sales job at a BMW dealership to start the business in his mum’s spare bedroom.

Eight years later, in 2016, the business had 100 employees and generated an annual turnover of £30 million.

In 2016 Stott started a corporate events business, organising large-scale events at which he offered business coaching advice and interviewed A-list celebrities to share the key to their success.