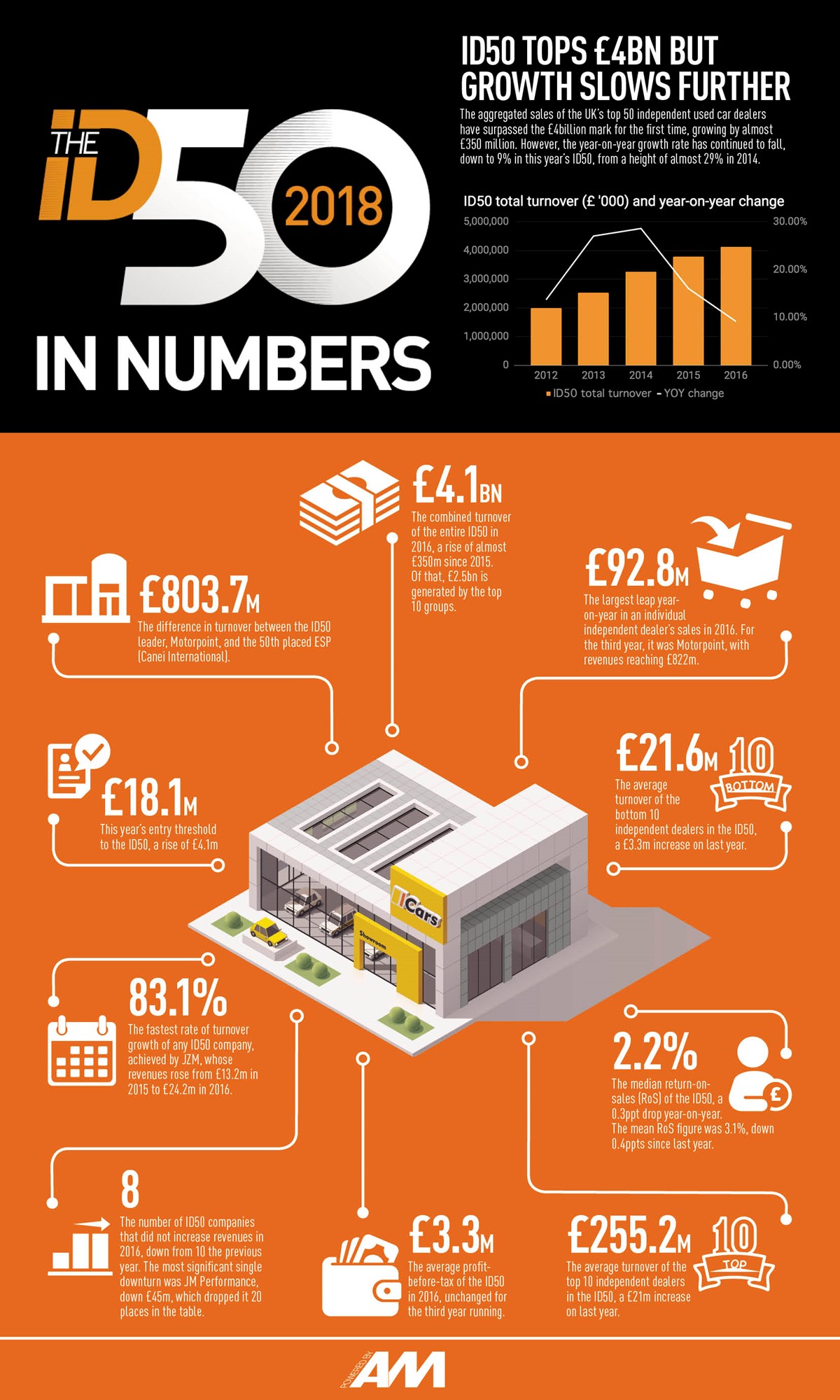 The aggregated sales of the UK’s top 50 independent used car dealers have surpassed the £4billion mark for the first time, growing by almost £350 million. However, the year-on-year growth rate has continued to fall, down to 9% in this year’s ID50, from a height of almost 29% in 2014.

The largest leap year-on-year in an individual independent dealer’s sales in 2016. For the third year, it was Motorpoint, with revenues reaching £822m.

The average turnover of the bottom 10 independent dealers in the ID50, a £3.3m increase on last year.

The average turnover of the top 10 independent dealers in the ID50, a £21m increase on last year.

The average profit- before-tax of the ID50 in 2016, unchanged for the third year running.

The number of ID50 companies that did not increase revenues in 2016, down from 10 the previous year. The most significant single downturn was JM Performance, down £45m, which dropped it 20 places in the table.

The difference in turnover between the ID50 leader, Motorpoint, and the 50th placed ESP (Canei International).