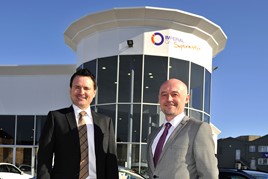 Imperial Car Supermarkets has set ambitious target of reaching 20 used car retail sites by the end of 2019 after growing from six to 11 sites in three years as it takes advantage of property movements in the franchise dealer networks.

The Southampton-based independent car supermarket group has been able to leverage growth thanks to the value offered by showroom sites vacated by franchised operations which fallen foul of plans to shrink manufacturer’s UK networks or move retailers into larger, purpose-built facilities, according to director Neil Smith.

In Scotland it has a retail site at Grangemouth, near Falkirk, meanwhile, and has plans to fill the sizable gap left “up the spine of the country” by adding showrooms vacated by manufacturer franchisees.

Smith said: “In the middle of last year it became apparent that manufacturers were getting dealers to move to bespoke ‘gin palaces’ and dealers were leaving in their wake very well-maintained dealerships available for purchase or lease.

“Generally these sites allow us to display between 100 and 200 used cars. We started looking to these as a way to fill in the blanks across the country.

Imperial’s Halesowen and Grangemouth dealerships were both ex-Honda sites, Exeter and Ipswich were former Audi franchises and the Newport Pagnell facility was previous part of the Jaguar Land Rover franchised network.

Growing ‘as fast as we can’

Smith told AM that Imperial can have a former franchised site fully-operational within seven to 14 days. 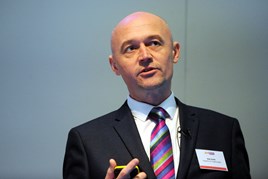 This swift turnaround has partly been attributed to the business’ development of a bespoke DMS system which will guide newly-recruited members of staff through the sales process.

Imperial’s first sites, in Portsmouth, Southampton and Fleet, were large-scale car supermarket operations, but that model has now been left behind thanks to the speed of growth afforded by the new strategy.

“Those sites cost between half a million pounds and £1 million to renovate”, said Smith. “We now have a far-more cost effective plan to grow the business.”

When AM paid a visit to Imperial Cars back in 2015 it had just completed the opening of its fourth site – a 400 vehicle supermarket site in Northampton – and had generated a turnover exceeding £47 million for the first time on the back of around 4,000 car sales.

Smith said: “The recent changes have not doubled the business in terms of turnover, but we’re 35% larger than we were with the six sites that we had in 2015.

“Our plan is to keep taking on this low-cost option on former franchised sites as long as it exists. We want to expand as fast as we can.”

Imperial appears have given itself a wide set of dots to join up in its pursuit of growth.

After identifying a gap in the used car supermarket sector in Edinburgh, the business moved to Grangemouth, near Falkirk.

Smith said that the wife of an existing employee of the business hailed from the area and after the couple expressed an interest in moving North of the border, a location was identified to expand the business and a lease agreement struck.

“In truth it takes me less time to get to Grangemouth than it does to reach our facility in Ipswich,” said Smith, adding: “We have given ourselves quite a gap in the territory to fill, though.”

Smith said that the biggest challenges faced by Imperial was the challenge of recruiting technicians to grow its aftersales offering and sourcing used car stock, however.

A group aftersales manager was appointed eight months ago and a full-time recruitment manager is set to join the business, which already employs almost 400 members of staff.

The group has an aftersales operation in all but one of its retail sites and three to four technicians employed at each location, Smith said.

Imperial Cars currently has a preparation centre at Eastleigh, capable of processing 350 cars a week, but has plans for a further site to service other retail facilities elsewhere in the UK in a bid to boost the flow of stock into its network.

The group’s stock is generally sourced from the premium sector, with a 2,000-strong offering including around 700 BMWs, 200 Audis, 200 Mercedes-Benz and 100 JLR products, according to Smith.

Imperial Cars has ambitious growth targets but Smith said that he doesn’t see an issue with the fact that the business is growing at a time when it will have to compete harder than ever with franchised retailers.

He said: “There is always going to be that challenge. The fact that Sytner and Evans Halshaw are now targeting used cars makes little difference.

“We have been around the block in this sector and we have a focussed growth plan.

“It’s impossible not to keep an eye on that side of the market, to look over your shoulder a bit, but we have a head start and we have the flexibility to adapt to the market.

“There are exciting times ahead.”