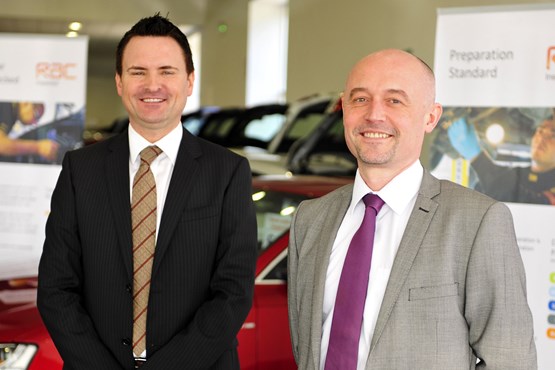 At the start of 2015, the business opened its fourth location, in Northampton. It was a significant expansion away from its south of England heartland – its other sites are all in Hampshire, at Portsmouth, Southampton and Fleet – and one that signals the company’s long-term national ambitions.

2010 Imperial acquires Portsmouth, turnover triples, staff increase to 50, with a stock value of about £1.2m.

2012-14 Company opens its fourth site, in Southampton, following a £1m refurbishment. Turnover reaches £38m, employees number 120 and stock valuation is £10m. A 62,000sq preparation centre is opened on a 2.5-acre site in Eastleigh, after a £1m refurbishment. 2015 Northampton site is acquired.

The company chose Northampton due to its position close to the M1 motorway and A45, allowing it to serve visitors from across Northamptonshire and from towns and cities further afield such as Oxford, Coventry, Milton Keynes and Leicester. It holds more than 500 used cars in stock at any one time.

AM visited the company’s Northampton site the day after Bell promoted Neil Smith to operations director.

The spacious showroom is tastefully decorated in the company’s distinctive purple and orange colours and includes a mezzanine complete with acoustically insulated booths for private finance negotiations.

But it’s not just the corporate standard décor, lighting, fittings and furnishings and extensive forecourt and indoor showroom  – 400+ vehicles, typically ex-rental and former fleet cars with an average age of three years, 60,000-80,000 miles on the clock and a portfolio that’s predominantly Audi, BMW, Ford, Vauxhall and Volkswagen – that set Imperial Car Supermarkets apart from other used car retailers.

Imperial is trailblazing a retail model of its time, mirroring the behaviour of the modern consumer, on and offline.

Smith and Bell have heeded the words of Google and Auto Trader, which both say that most car buyers not only complete the majority of the purchase cycle online, but will turn up unannounced on site ready to transact.

In fact, research carried out on Imperial’s behalf by Auto Trader revealed 57% of its customers did not make an appointment or any kind of contact prior to walking into one of its four sites and purchasing a vehicle.

To encourage browsers to make a visit in person as well as to reflect its ethos of a transparent and honest business, Imperial was the first retailer to upload a vehicle’s provenance and RAC inspection report on its website. Smith launched the process in April last year and almost 12 months later, they are among just a handful of automotive retailers prepared to put a vehicle’s entire documentation, including service history, online as part of its ‘shop window’. The provenance on the website attracts about one fifth of its average 5,000 daily clicks.

Each car is also shown with 40 images, as well as a 360-degree interior/exterior panoramic view. At its preparation centre in Eastleigh, Imperial has invested £100,000 installing a photographic turntable. With hi-tech cameras at fixed points it is automated to capture a series of photos and takes about 30 minutes per car, the last step of the preparation process following the valet.

“We are the only used car retailer which provides a 360-degree panoramic view of each and every car coupled with the high number of high-resolution images and the interactive exterior spin and we believe this is part of the reason why our website attracts so many visits and ultimately persuades people to visit our businesses.”

With the majority of its customers arriving on site having not made contact beforehand, Smith and Bell believe this online transparency is crucial to persuade walk-ins to ultimately purchase.

They also want those customers to write about their experience using their review partner Judge Service, as they recognise the importance of consumer reviews as part of the online process that persuades browsers to visit in the first place.

Persuading the sales team, particularly experienced automotive retailers, that providing all vehicle information upfront is the way forward has been a vital element of the company’s journey.

To accomplish this, Imperial has taken the team to Auto Trader’s headquarters, where market research director Nick King provided an insight into the purchase journey of today’s car buyer.

Smith said: “Our website eliminates the need for the car buyer to call us with a question. Traditionally, sales executives are used to having the opportunity of influencing the customer in the early stages and we are handing over a high proportion of the entire decision-making process to the customer in their living rooms and relinquishing some control at our showrooms. It has been difficult, but our successes, feedback from customers and the independent research we have undertaken tell us it is absolutely the right decision.”

Bell said: “Customers are only visiting two sites and if we don’t sell them the car when we know they come in with their minds made up, it’s down to us and the experience we provided. Three years ago, our conversion rate was one in three, now it’s one in two, despite seeing less people.”

On compliance, Bell said: “We need to be able to demonstrate that we have presented all the options in order to comply with the FCA.

“We have streamlined the process, it used to take two hours, but we have removed some of the steps to make it simpler, which means we can do it in one-and-a-half hours. However, some customers just don’t want any information and we have to respect their decision although we explain why we have to inform them to avoid the purchase of an unsuitable product.”

Imperial Car Supermarkets is one of the few businesses with a primary authority partnership with Portsmouth City Council. The partnership means complaints are handled by one trading standards authority wherever they first materialised and ensures consistency across Imperial’s businesses.

In place for four years now, the relationship with the key account holder provides direct access to expert advice and the council also acts as a consumer guardian, identifying anything it feels should be amended.

Moving sales staff away from the commission model

Where possible, Imperial recruits its sales staff from outside the industry, although its senior positions are filled by employees who have previous automotive experience. In Northampton, 70% of employees have no automotive retail experience. In the sales team alone, only a quarter have a background in the trade.

“We are much more interested in people who can build a rapport with other individuals,” said Bell. “We have found that people from a hospitality background often make the best sales people. Finding high-quality, reliable staff has been one of our biggest challenges in developing the business.”

The importance of integrated, reliable data

Imperial is currently migrating its dealer management system from a mainstream supplier to its own bespoke system.

“It’s unyielding, inflexible and incapable of integrating all our sources of data and information,” said Smith. “The operation of the DMS is critical to the functioning of the business and if it can’t deliver across all areas, it will always be restrictive.”

Imperial wanted a DMS that could host all its data and information and deliver a holistic picture of the business, including website analytics and identifying which keywords drove a consumer to their website and an eventual purchase.

Imperial has one in-house and two freelance developers who are responsible for the bespoke system, costing £200,000-£250,000, although the company acknowledges that development will be an ongoing investment.

Unlike most other companies, which tend to opt for a random RAC vehicle audit –  sometimes as few as one in 50 are audited – every car Imperial sells is subject to an RAC report. This takes place when it first arrives and after it has undergone any repairs, just as it is about to go up for sale. An independent RAC report costs an average of £100-£300, with some premium vehicles costing £450.

Imperial believes the day it makes its first internet sale is close, largely as a consequence of the provision of full details, provenance and extensive vehicle imagery on their website.

“We have had customers asking whether they can make a deposit online and have the car delivered, said Bell. “We expect to be able to offer the facility next year and once in place, it won’t be long before we sell our first car online.”

Imperial’s stock is largely sourced from ex-fleet and daily rental company vehicles, manufacturer sales and a minority of part-exchanges by its two full-time buyers at physical and online auctions although most of their time (75%) is spent at the physical auction. As the company expands, another two buyers will be employed. The majority of its part-exchange vehicles are sent to auction and Imperial is also well known among traders as a supplier of good quality, older cars.

“It is increasingly difficult to source high quality used cars, as some fleets are selling these vehicles themselves,” said Bell.

“Of the valuations we provide online, around 20%, which equates to 300 cars, would fit our portfolio of stock and we would like to buy those cars to retail whether or not the motorist decides to buy from us and this is an area which we plan to develop this year.”

What does the future hold for Imperial?

With Swanwick so close to Southampton, the former outlet was closed, although a £200,000 refurbishment is under way with a view to reopening later this year as a prestige used car arm retailing stock from £25,000.

Imperial wants its large supermarket sites to be 100 miles apart, working on the concept that most used car buyers are prepared to travel 50 miles for the right car, thus no site should impede on another’s ‘territory’ although the premium outlets provide an additional opportunity.

“Our ambition is to open a site on the scale of Southampton in the West Country by the end of this year and to find a site 100 miles east of Northampton. Eventually, we would like 20 supermarkets nationwide,” said Bell.

“We want to be among the top three independent vehicle retailers in the country, turning over around £0.5 billion,” said Bell.

With a workshop at its preparation centre as well as a service facility at Southampton, Imperial is now offering servicing to its own customers as well as attracting new ones, typically drivers of vehicles aged four-years plus. While it also offers bespoke service plans, servicing as a revenue stream is yet to be fully exploited, but plans are in place to develop this area.