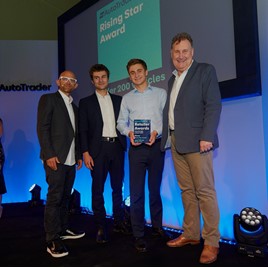 Freshwater has seen his independent used car operation in Watton, Norfolk, grow from a £250,000 turnover business after it was founded in 2016 into a £1.3 million business just a year later.

The 23-year-old University of East Anglia graduate’s success attracted the attention of Auto Trader’s awards judges and allowed him to move into a new 6,000sq-ft indoor showroom in the past five months.

Speaking to the Eastern Daily Press, Freshwater, who works alongside his brother Isaac in the business, said keeping all his vehicle stock under one roof meant it was now “comparable to somewhere like Car Shop”.

Reiterating the effect of a professional selling space, Freshwater added: “It helps put customers at ease and I think it’s all a bit more subtle – the atmosphere does a lot of the sales.

“By virtue of our new premises, we can conduct viewings any time of day or weather, allowing flexibility to the customer, which we find popular for after-work and evening viewing appointments.

“We can really run the business 24/7 and that is a massive boost for us.”

Freshwater said that the new showroom had increased his sales conversion rate, while an increased level of stock had also given greater scope for growing the business’ turnover. 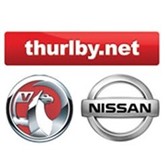