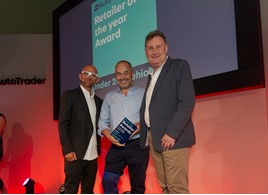 Suzuki and Mitsubishi retailer Luscombe Motors claimed its award as one of a brace of accolades – including Auto Trader’s Customer Choice award – at the awards, which also saw franchised retailers Agnew Group, Lakeland Land Rover and Dick Lovett emerge as winners.

But, despite not collecting awards on the day, TC Harrision, Trustford, Sparshatts Group and City West Country all appeared in Auto Trader’s top 10 in its performance league table of UK car retailers.

More than 150 UK car retailers gathered at One Marylebone in London yesterday (July 19) for the Auto Trader Retailer Awards with awards made to an entry field split between retailers which stock more than and less than 200 vehicles, respectively.

The online retail specialist made major changes to its judging processes in 2018, with the introduction of performance league tables and a mystery shop which saw 1,000 of Auto Trader’s best performing retailers gradually whittled down to just two Customer Experience Award winners via three mystery shopping phases: email (1,000 customers), telephone (500 customers) and face-to-face (150 customers).

Pearce said: “This year our winners were determined by our most comprehensive judging process to date, which not only featured a very prestigious judging panel of experts, but also the opinions of thousands of car buyers, an in-depth analysis of millions of data points from across our market place, and also our first ever mystery shopping process. So even to be shortlisted is a huge achievement.”

The winners of each category in this year’s awards were: 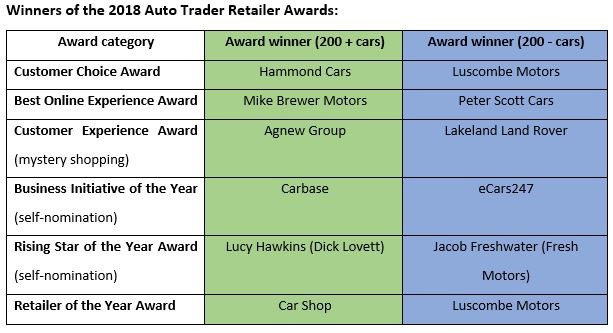 Le Etta continued: “To succeed in what is an increasingly challenging and competitive market, retailers need to convince today’s discerning car buyers that their brand is trustworthy and professional.

“As both the largest automotive marketplace and the most trusted, we’re in the unique position to help our customer do just that.

“Not only have we changed the name, but we’ve also invested heavily in promoting them to our 55 million monthly visits, as well as extensive advertising across London. We don’t want to just hand these amazing retailers a trophy, we want to help them sell more cars too.”

Over 6,000 retailer website reviews, mystery shopping findings and millions of Auto Trader data points were taken into account to compile the table.

The results of the analysis can be seen in the below rankings: 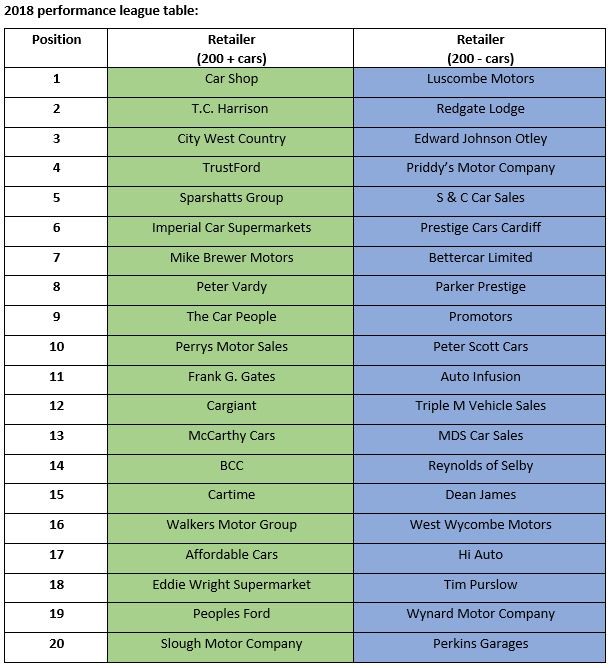