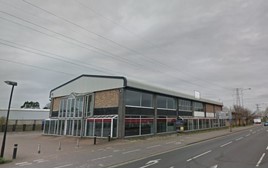 Premium independent used car retailer Integrity Automotive has moved into Donalds Group’s former Mazda and Volvo showroom as part of an expansion of the business.

Donalds left the premises on West End Road to move to new premises on Future Park but Integrity – which specialises in the sales of Mercedes, Audi, BMW and Jaguar Land Rover vehicles – is now planning to re-open the site on August 1, according to the Ispwich Star.

In a move that mirrors the strategy taken by fast-growing car supermarket operator Imperial Cars, managing director Paul Oakley told the newspaper that he was keen to see his business benefit from the move into the “purpose-built building” vacated by the franchised retailer, which is “well-known for the motor trade with a showroom and great workshop facilities”.

Oakley, who started Integrity Automotive four years ago, said that he is now formulating a marketing strategy, not only to attract new customers to the West End Road site, but also new staff members.

"It is very exciting. Our business has been built on great customer service. It is all about finding the right car for the person,” Oakley told The Star.

"What is most pleasing is we have had a lot of interest from people who want to work for us and companies who want to get involved with what we are doing here.”

Imperial Cars actively sought former franchised car retail facilities across the UK as it drove a rapid expansion with an ambitious target of reaching 20 used car retail sites by the end of 2019.

Speaking to AM, Imperial Cars director Neil Smith said: “In the middle of (2017) it became apparent that manufacturers were getting dealers to move to bespoke ‘gin palaces’ and dealers were leaving in their wake very well-maintained dealerships available for purchase or lease.

“Generally these sites allow us to display between 100 and 200 used cars. We started looking to these as a way to fill in the blanks across the country.