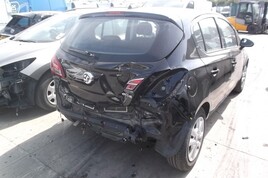 He was also found to have recklessly misrepresented a further 33 vehicles in adverts over a five-month period.

Daniel had provided false details about write-offs or accident history and he failed to disclose any live product safety recalls on the vehicles, including a breach of a safety notice Trading Standards placed on a dangerous convertible Ford Focus.

On top of this, Daniel must complete 200 hours of unpaid work and will be under an electronically monitored curfew for four months.

Doncaster Trading Standards said that the court had taken a previous conviction for similar offences in 2019 into account in issuing the sentence.

A five-year criminal behaviour order has also been granted for a period of five years, prohibiting Daniel from selling vehicles without the prior approval of Trading Standards.

Dan Swaine, Doncaster Council’s director of economy and environment, said: “The sentence handed down by the Courts show that if you manage a business in a reckless manner and put the public’s life at risk, you will be punished accordingly. This is a fantastic result for Trading Standards who work tirelessly to protect consumers from severe harm.

“Our advice to consumers that are contemplating buying a used car is to fully check a car’s history through the DVLA and its MOT and service history documents.

“Consumers should also conduct a thorough inspection of the car and take it on a test drive before purchasing.”

Doncaster Council is also advising consumers thinking of buying a used car to look for a trader that is a member of the South Yorkshire Trading Standards Motor Trade Partnership. Members of this scheme are audited prior to acceptance and the scheme has an alternative dispute resolution mechanism should any issues occur.