The lefthand drive 8.3-litre two-seater produces 712Nm of torque, a top speed of 190mph and 0-62mph in 3.9 seconds. Standard features include an alarm and immobiliser, xenon headlights and lamp wash, push button starter, 18 inch front and 19 inch rear wheels with run-flat tyres and a three-year warranty. The Brembo brakes help the SRT-10 achieve an estimated stopping distance of less than 100 feet from 60mph.

Simon Elliott, managing director of the Chrysler Group in the UK, says: "Our cars have a strong following in the UK, despite only ever being available in small numbers. We will maintain the exclusivity of the Dodge by only bringing 15 of these 500bhp cars into the country in 2005."

To make sure all European-bound cars meet EU standards, performance engineering specialist Pro-Drive has re-engineered more than 50 of the SRT-10’s components. All these European components are fitted to vehicles on the production line at the Dodge assembly plant in Detroit. 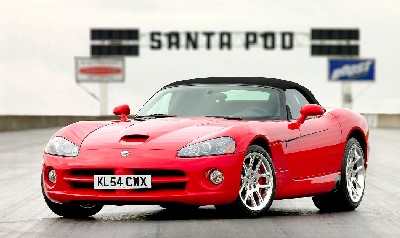