Honda will reveal its revised Insight hybrid model at the Paris Motor Show next month which it says will be “lower in price to any other hybrid on the market”.

The Japanese manufacturer will put the petrol-electric five-door into production next spring.

Takeo Fukui, Honda president and CEO, said: “The original Insight launched in 1999, was the pioneer of hybrid technology in Europe and remains an iconic symbol of Honda’s environmental innovation.

“This new Insight will also break new ground by providing an affordable hybrid to an expanded number of customers craving great fuel economy and great value.”

Honda aims to sell 200,000 Insights a year globally. It also plans to launch a sporty hybrid based on the CR-Z, a Jazz Hybrid and a new Civic Hybrid, which will all help Honda reach its ultimate goal of having 10% of its global sales as hybrid by 2010.

Pricing hasn't been announced yet, but dealers can expect at starting price below Toyota's Prius which is priced from £17,932. 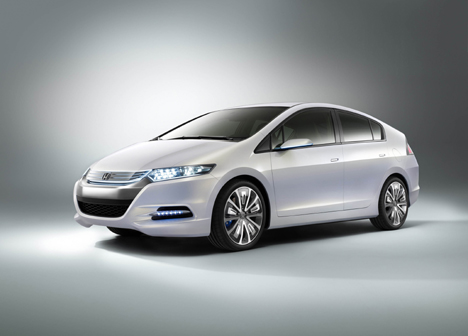