AM poll results: Do you feel as confident about the new car market as Vertu boss Robert Forrester? 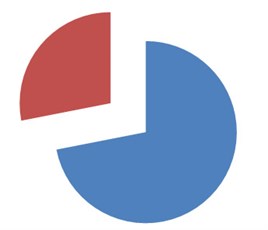 Vertu Motors chief executive Robert Forrester highlighted the importance of the automotive retail industry ahead of the September plate change and spoke of how well the industry was performing under pressure as dealerships innovate.

He believes September was likely to bring a VAT revenue “windfall” of up to £500 million with 165,000 cars registered.

He said: “Dealerships are innovating; we are no longer just showrooms with slick salesmen, but businesses that offer genuine all-round service.

“The British economy is performing better than many realise. The level of the pound helps keep the imported products competitive and, despite the banker bashing that is commonplace in the media, credit is available at record low interest rates and in increasingly flexible packages.”

Forrester believes customers are coming back and the industry is playing a part in turning around Great Britain plc. However, dealers are not so confident about the new car market with 74.4% lacking confidence.

Do you feel as confident about the new car market as Vertu boss Robert Forrester?

“If CAP is right and one in three cars is pre-registered then we potentially have a huge problem.”

“Vertu dealerships must be in a better position than the vast majority of UK dealerships who in the main still have a very big job to do.”

“Money is as cheap as it has ever been and manufacturers are using this to create affordable finance offers for customers.”

"I like the idea of being positive and think if we can get the mind-set right then we can make this happen.”

“Things can only get better.”