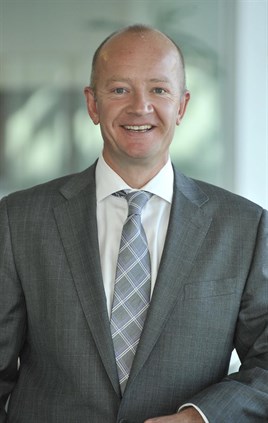 Mercedes-Benz has put together a team of seven strategic account managers to help continue its growth in the UK fleet market.

The German prestige brand has increased its fleet figures by 12.2% this year and implemented a direct sales programme in April this year.

Nick Andrews, Mercedes-Benz UK head of fleet, (pictured) said: “The new strategic account management team highlights continued progress at Mercedes-Benz UK and promises to both give our customers the level of dedicated service they deserve, as well as enable us to become easier to do business with.”

James O’Reilly will cover the Scotland and Northern Ireland regions. Previously a relationship director within Lombard’s technology services division, O’Reilly brings motoring experience from his time as an area sales manager for CNH Capital Europe, part of the Fiat Group.

The Northern region will be directed by Sam Ragheb. He spent seven years within the VW Group working with the Audi and Seat brands as a fleet sales manager and a key account manager respectively.

Damien Rigby has been promoted within Mercedes-Benz UK from his previous role as a district fleet manager and he will be responsible for the Midlands and North Wales regions.

The East Midlands and North London territories will be overseen by Peter White. White is leaving his current role as AMG product executive at Mercedes-Benz UK and will join the new team from January 2013.
He previously worked as product executive for compact cars and Smart and has been with the company since 2006.

Simon Lewis heads up the South East and South London regions and brings over 10 years of business-to-business and fleet experience gathered at BMW, Audi, and more recently at Infiniti Europe as a UK fleet sales manager.

The South West and South Wales regions have been taken over by Alex Anderson who brings with him 14 years of experience gathered at Volkswagen and Audi as a fleet sales manager.

Rob Morris looks after public sector affairs. He previously worked as a fleet sales manager for Skoda for seven years.