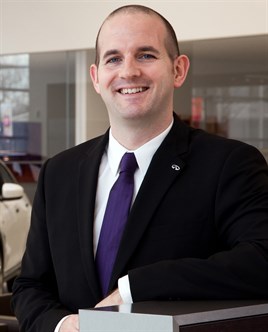 Infiniti has appointed ex-Audi UK fleet sales manager for London and the South east Simon Lewis to head up its corporate sales.

The luxury Japanese brand hopes the appointment in the UK will help the company towards a 10% market share globally by 2016.

Lewis said: “Infiniti has set itself very demanding targets and the key to achieving them in the UK lies in successful corporate sales.

“I have worked for car importers, dealers and lease companies, and I have worked with drivers, fleet operators and senior fleet personnel. So I can look at things from all sides – and that will be invaluable for the challenge ahead.”

“In the not-too-distant future we will have four-cylinder engines, a zero-emissions model and a new entrant in the premium C-segment.

“That’s in addition to the performance models and crossovers which, until now, have defined the brand – along, of course, with our involvement with Formula One World Champions Red Bull Racing and Sebastian Vettel.

“With all that in place I am confident Infiniti’s position in the UK fleet sales market can be transformed over the coming years.”

The new UK fleet role echoes changes in Infiniti’s other key European markets as the brand moves into the next phase of its five-year growth strategy. The ambitious plan calls for a 10% share of the global luxury car market – around 100,000 cars at current volumes – by the end of fiscal year 2016.

Infiniti has 50 dealerships across 20 European countries and wants to massively increase representation to 230 dealerships in Europe by the end of 2016.

The UK currently has six dealerships.