Infiniti to withdraw from UK in 2020 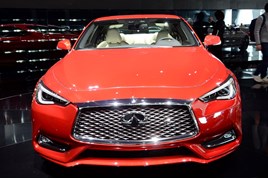 Infiniti will withdraw its manufacturing and sales operations from the UK in 2020 as it targets electrification and growth in Western Europe, China and the US.

Nissan’s premium brand suffered a 78.7% volume decline in 2018, from 3,515 to just 750 units, despite building its Q30 and QX30 models in Sunderland, and has just six UK dealerships, following the closure of the Glyn Hopkin-run site in St Albans.

All but Belfast’s Mervyn Stewart Infiniti site are now operated by the Infiniti Retail Group.

In a statement issued today (March 12) the brand conformed that production of the Q30 and QX30 is to cease by mid-2019 at the manufacturing location in Sunderland adding that it will “work with its retailers to conclude end of franchise agreements, providing the support and services necessary to ensure a smooth transition”.

In December last year an Infiniti spokesman told Autocar that there are no plans for it to exit the UK.

“Once you’re in, it’s important to stay to continue supporting the brand and our customers,” he said. “It’s a long road in terms of raising brand awareness and getting the right product.”

However, that stance has now changed and the end of Infiniti production in the UK comes just a matter of weeks after Nissan confirmed that it would not be building the forthcoming X-Trail SUV there, as previously planned.

The move prompted a Government source to tell The Times newspaper that moving production of the SUV to Japan could result in a review of a £60m funding package handed to the manufacturer.

In today’s statement Infiniti said that the business was now working to “find alternative opportunities for any employees affected by its restructure, consulting with employee representatives where necessary and identifying opportunities for transition and training support where appropriate”.