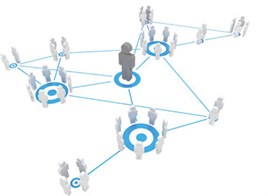 Over a quarter (26%) of Britons are complaining more now they can use social media to communicate with companies – but the majority of organisations are not listening.

Of the complaints made, 17.5% are left unanswered and 83% of those who have complained are unhappy with the response they received when they do get one.

According to the 2012 Eptica Social Customer Service Study, which surveyed 1,000 consumers across the UK on their attitudes to using social media for customer service, retailers received the most complaints (21%) followed by banks (19%).

When asked why they used social media to complain, nearly a quarter (22%) of people said they believed they would receive a quicker response. The research found that companies are ignoring simple questions as well as complaints – four out of five consumers (81%) didn’t get an acceptable answer to their questions asked on social media.

Dee Roche, Eptica global marketing director, said: “Customers are embracing social media for customer service – but the vast majority of companies are deaf to what they are saying.

“Our research uncovered a real desire by consumers to use the speed and immediacy of social media to interact with companies only to see their requests shockingly ignored. Not answering basic questions is essentially slamming the shop door in the face of potential customers. Social media provides a megaphone through which complaints aired by unhappy customers can quickly escalate. Companies need to put in place a proper strategy for social customer service, before consumers vote with their feet.”