Ford teams up with Spotify for in-car entertainment 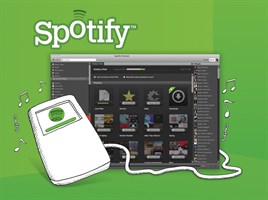 Ford has signed a deal with Spotify which will see its future models come with music streaming capabilities which will give customers access to millions of music tracks.

Spotify will work using Ford’s Applink device, which is set to be rolled out in its vehicles in Europe this year.

Customers can connect their smartphone to their Ford via Bluetooth and then launch the app using either a voice command or by scrolling to the service using the car dash.

Details of this new agreement with Spotify were outlined at the Mobile World Congress (MWC), although it has yet to have been confirmed whether or not the service will be made available only to drivers who have already signed up to the paid subscription Spotify Premium package, rather than a free account.