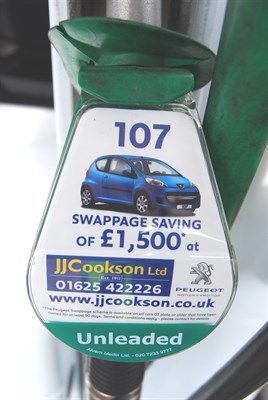 Petrol cars are making a strong come back in the used market as buyers realise they do not cover enough miles to justify the extra purchase price and higher fuel prices connected with a diesel model, says Autorola.

Petrol cars such as the Peugeot 107 and 308 and Toyota Aygo and Yaris are now being preferred to diesel models, particularly in urban areas. Smaller cars from Ford, Kia, Mazda, Toyota and Suzuki are also in high demand.

Five-door models are in particularly strong demand from Autorola’s 2,000 buyer base as consumers look to run a petrol as their main family car.

“Demand for diesels remains strong but as the recession continues to bite so demand for petrol models is likely to grow further.”

Currently a typical three to four year old used petrol five-door model costs £4,500, around £1,000 less than the equivalent diesel. While petrol drivers will pay around £115 more in fuel costs to travel 6,000 miles because diesel is more economical, the more expensive price tag of the diesel variant does not balance this out.

It means drivers will save around £885 in their first year of car ownership once the price of fuel has been compared to the cost of purchase and that’s without any VED or insurance savings that may be available.

“If a household can save money on the family transport budget then they will consider petrol. Too many consumers have been sucked into the diesel bubble and while it is slowly changing, diesel cars are still performing well and in high demand in the current used market,” said Frost.