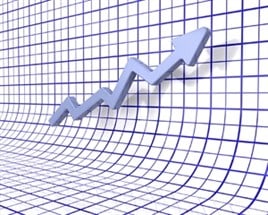 Average dealer profitability improved from 0.7% return on sales in January 2012 to 1.17% over the same month this year, according to the latest figures from ASE.

Mike Jones, ASE chairman, said that while the absolute result is a small profit, the rolling 12 months average return on sales has crept up again to reach 1.17%, a further increase on the record result in 2012.

The cause of the improved performance continues to be new vehicle sales, with volumes remaining strong.

There is also some optimism in used vehicle sales, with return on investment stabilising at 85%.

Stockturn has, however, crept up which could leave some dealers with stock write-downs if new vehicle offers continue to become more attractive to move metal.

Jones said: “Vehicle sales expenses as a percentage of the department gross profit has continued to improve slightly, with most dealers reporting an increased level of sales per salesman.”

“The decline in aftersales overhead absorption has also stabilised with dealers working hard to maximise service profitability while most of them have been facing declining vehicle parcs.

“The increased sales levels in 2012 will lead to a reversal of this trend however it is likely to be 2014 before this increase produces a noticeable increase in service department sales.

“An indication of overall performance will become clearer once we receive the data for the key month of March given the significant increases in volume targets for most brands, however 2013 has started well.” 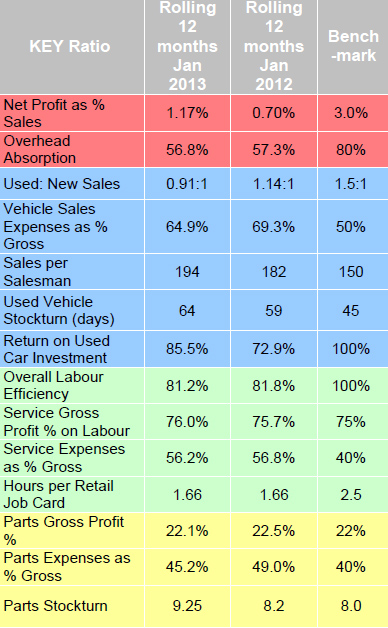