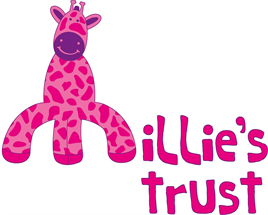 A couple who started a trust to provide parents with lifesaving training after the accidental death of their baby are appealing for support from dealers and manufacturers in their campaign to raise funds for a car.

Joanne Thompson and her husband Dan established Millie's Trust after the loss of their nine month old daughter Millie in a choking incident when she was at nursery in October.

Their charity is raising money to promote awareness of paediatric First Aid and raise funds to provide First Aid courses free for parents and carers with children under the age of 12 months.

It also offers subsidised courses for other parents, as the charity can bring the price of a course down due to it being able to get free room hire for charity-connected First Aid courses that it holds or has held on its behalf.

Alongside this the trust is also holding collections to try and raise money to provide Millie's Trust with a pink car that could help it promote Millie's Trust and paediatric awareness in the UK.

Joanne said: "We started off initially being based in the North West but the demand has gone crazy and we are due to start hosting courses outside of the North West this weekend, with the first being in Rochester and another one in Nottingham in two weeks.

"The car would be about promotion and awareness for the charity. But the other need for the car is that we would like to offer a pick up service for people who cannot get to a course due to their circumstances in the Manchester/Stockport area."

Westway Nissan, in Manchester, has agreed to lend the trust a pink Juke for a promotional day for the charity.

"This is obviously fantastic of Nissan, but we are still keen to raise the funds to get a pink charity car," she said.

Donations can be made via Paypal using the email address pinkcar@milliestrust.com with the money going direct to the Pink Car Fund.

"If we ever happened to get a lovely car company to donate a car, then we will of course transfer all pink car monies to our general charity fund," Joanne said.

Millie's Trust was established on December 16 and to-date around £18,000 has been raised.

The pink car fund currently has £372 in it from donations in the last two weeks.

> Anyone wanting to help towards the car fund can email Joanne at joanne@milliestrust.com or on 07909 339 158.