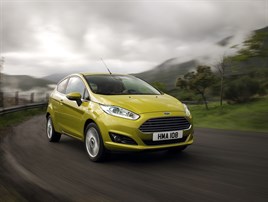 The sites will continue to trade under the name Sky Ford.

Hartwell plc, already has a strong partnership with Ford and the acquisition of Hangreen Limited brings its total Ford dealerships to nine.

Kevin Godfrey, managing director, said “The opportunity to purchase two dealerships with excellent reputations, which represent a franchise with whom we have strong links in a territory we know well, was one we seized with both hands."

Hangreen Limited was established in 1995 and was a privately owned and operated company. It has two dealerships, in Hemel Hempstead and Watford providing new and used Ford cars and Ford Direct used cars and commercial vehicles.

Hartwell is at number 40 in the new AM100, up four places from last year.