Meridian Motor Group breaks into AM100 with Sytner acquisitions 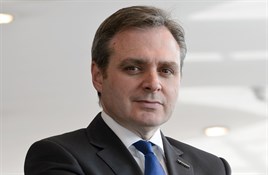 Meridian Motor Group has marked its 10th anniversary by breaking into the AM100 with its acquisition of four Sytner dealerships in the Midlands for an undisclosed sum.

The group, which trades as Vantage, will boost its turnover to £125 million and the acquisition almost doubles the size of the business to selling 9,500 new and used vehicles a year and employing a staff of 300.

The expansion into the West Midlands brings the Lexus brand into the group for the first time with Sytner’s Fort Dunlop dealership near Birmingham as well as Toyota centres at Fort Dunlop, Solihull and Tamworth.

All will operate under the Vantage banner, with the rebrand and launch accompanied by “significant investments” in site upgrades.

The acquisition, which brings the number of Vantage dealerships to 12, is a signal of the group’s ambition to become a "national force".

It also takes Vantage outside its traditional homeland of Yorkshire and Lancashire for the first time.

In addition to the Sytner acquisition, Vantage is also adding the Kia franchise to its Scarborough dealership to sit alongside its Toyota centre.

The dealership is a £350,000 investment by Vantage and will open its doors in late July, creating five new jobs and bringing the Korean brand to the town for the first time.

Mark Robinson, chief executive and founder, (pictured) told AM: “I am delighted that we are able to mark a decade of achievement within the group with these acquisitions and our new development in Scarborough.

“They signal our ambition to become a real national force while at the same time retaining those important ‘local business’ qualities which see us operating at the heart of the communities where we are based.

“Our aim is to take the Vantage ethos of excellence in customer service that has been fundamental to the success of the group to date into our new dealerships and new geographic areas. We will be investing significantly in our new sites which is good news for staff and customers.”

The group was founded in 2003 by Robinson and its executive board is chaired by Phil White, who is also chairman at top five AM100 group Lookers.

Vantage recorded turnover of £65 million in its last financial year and ranks in Toyota’s top three dealers in the UK for customer satisfaction.

AM featured a face to face interview with the Vantage management team in the May print issue of AM and it will be available to read online on June 11.