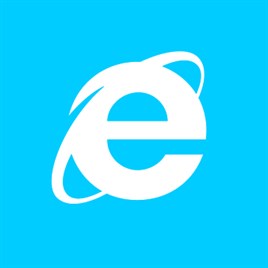 Motor dealers are potentially doubling IT development costs by refusing to leave old web browser technology behind, according to dealer technology company iVendi.

The company says that the problem normally centres around Microsoft’s Internet Explorer 8 web browser, which was introduced in 2009 but has now been superseded by versions 9 and 10.

Steve Flitcroft, iVendi vice president of software said: “A sizeable minority of dealer web sites in current usage were written to work optimally in IE8 but browser technology moves on at such a pace that, even though it is only four years old, it is now effectively obsolete.

“To make dealer web sites of this type work well with mobile devices such as tablets and smart phones, as well as the latest generation of integrated web tools such as our own Quoteware and Car Finance Checker, is not easy. In most cases, we believe that it doubles development costs.”

Flitcroft said that the number of people still using IE8 to access the internet in the UK was now well below 10%, meaning that there was no consumer drive, legacy argument for hanging on to the older technology.

He said: “This is a browser that was written before the revolution in tablet and smart phone computing that has taken place over the last few years. It is just not the right tool for the job when building a results-driven motor dealer web site in 2013.”

Flitcroft added that part of the problem was there was a strong technological link between IE8 and the even more antiquated Windows XP operating system, which dates back to 2001.

He said: “Sometimes, the back end web applications used in motor dealer web sites are written to work in XP and this means that the dealer is tied to continuing to use IE8 as well.

“If you are in this situation, the fact is that now is the time to be investing in new technology. XP was written at a time when internet usage was completely different from today and, if you want your web site to produce maximum results, you must start to seriously look at moving on.”

Microsoft even took notice of the public hatred of its aging browser in this viral video last year: