Vantage set for pole position with launch of motorsport team 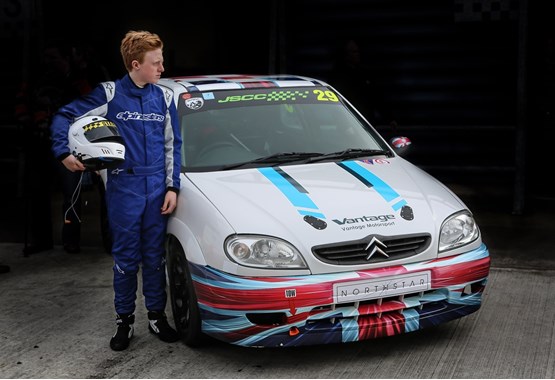 Vantage Motor Group has become one of the first UK franchise dealer groups to launch a professional motorsport team.

The team comprised of siblings Nigel and Sarah Moore – a unique, brother and sister team already tipped for leader board positions following their debut as the first British team in the TMG GT86 Cup.

Yorkshire-born Nigel and Sarah are accompanied in the motorsport team by Finlay Robinson, son of Vantage owner Mark Robinson, who races in the Junior Saloon Car Championship (JSCC).

Held exclusively at the prestigious Nürburgring in Germany, the TMG GT86 Cup is the only motorsport competition in the world dedicated to the Toyota GT86.

The Vantage team has won four of the nine races so far, with a strong chance of winning the final race scheduled for the end of October.

Nigel Moore said: “Being involved in the TMG GT86 Cup has been an incredible experience for us all. The GT86 is a fantastic machine and to race it around a track as illustrious as the Nürburgring is a dream come true for a racing driver. Vantage Motorsport is the perfect home for us and we look forward to our future in racing here.”

Chief executive of Vantage Motor Group Mark Robinson said: “I set Vantage Motorsport up earlier this year after meeting Nigel Moore. It quickly became clear we shared an enormous passion for motorsport and that together we could make a fantastic team.

“To be the first British team to compete in the TMG GT86 Cup is a real honour and Nigel and Sarah have really done us proud this season. With just one race to go we’ve still got every chance of winning, which would be a fantastic start to what I’m sure will be an incredibly successful partnership.”