The car dealer's guide to the new Google Universal 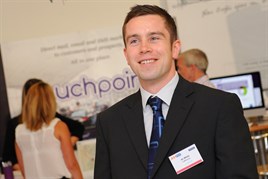 Dealers can measure their return on investment from online marketing activity far more accurately with the introduction of a much more advanced analytics programme.

Calltracks marketing and sales director Ali White gave dealers an early insight into the new system, called Google Universal, and the impact it can have on their spending priorities.

“Universal looks very much like Google Analytics, but the way it functions is fundamentally different,” he said.

Some of the most fundamental changes are the ability to import offline data from your business and the move from tracking visits (“a vanity measure”, said White), to tracking points up to the sale, including engagement, interactions and the outcomes.

Universal also allows data to be sent from any device, which, with the move to user tracking and the introduction of user IDs (set up by the dealer), allow an individual’s activity to be tracked across desktop, tablet and mobile.

Universal will accept different types of external data, said White, who suggested examples including offline conversions (from email, phone calls, forms filled, test drives taken), online and content interactions (Live Chat, video plays, email open rates and responses to calls to action, numbers of people who scrolled to the bottom of an article) and social interactions. Anything offline, such as a spreadsheet or CRM data, can be integrated.

He said the key benefit of the new system was the ability to identify effective marketing spend: “The analysis you can apply is so powerful. Don’t focus on conversions alone at stages throughout your contact strategies, but use Universal to optimise your returns by tracking performance at all contact points.

“Then stop spending on things that don’t make a return.”