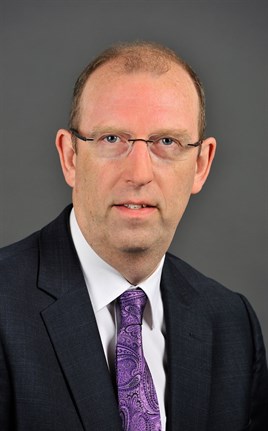 Lightfoot, who became the prestige brand's general manager for ownership in autumn 2012 after 11 years at Hyundai, will leave at the end of April to "pursue independent interests", said Porsche.

Butt will join on April 14 from his recent role of Volkswagen Passenger Cars UK head of service and parts operations. He has 35 years of automotive experience at various brands including Ford, MAN, VW Commercial Vehicles, Seat, Audi and VW Group.

“I am very pleased to be joining Porsche – a truly iconic marque – and I look forward to helping lead the brand’s direction in the UK and Ireland during the next exciting period of its development. This will be aided by my experience across a number of brands, as well as in growing customer satisfaction, loyalty and aftersales performance,” said Butt.

Ownership is a key element of Porsche Cars GB, as the organisation looks to improve further its levels of customer satisfaction. The role of general manager encompasses responsibility for the overall ownership strategy for Porsche in the UK and Ireland, while also covering the areas of parts and distribution, technical and warranty.

Chris Craft, managing director of Porsche Cars GB, said: “I am delighted that Stephen is joining us in this critical role. He not only brings great knowledge and drive to our business, but also a personal style that I am certain will fit well with that of Porsche.”