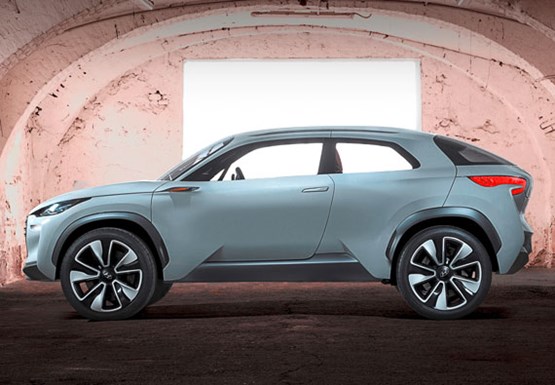 Motorshows are a chance for car designers to show off to their peers and the wider world with concept cars. These one-off machines often give a strong hint of what we can expect to see in the future, but what trends separate the fanciful from the practical?

The Geneva Motor Show is the ideal place to find out where form meets function in design and where automotive design is headed. We spoke to a number of leading designers to identify the trends that will influence how cars will look both outside and in.

Far and away the biggest influence for every designer we spoke to is legislation. While this is nothing new – legislation has dictated car design since the 1950s, as safety and then environmental regulations became ever stricter – it is also a constantly moving set of goal posts that need to be factored in to car design.

Malcolm Ward, General Motors Europe’s director of exterior design, says: “Legal stuff will always be with us, but occupant and pedestrian safety are the main areas we are focusing on.

“Designers need to carefully consider how to manage the safety of pedestrians in a collision when styling a car. This means not only understanding where the hard points of the front end of the car lie, such as the engine and suspension turrets, but how the shape of the car can better absorb a collision and guide the pedestrian more gradually to lessen any impact.”

Other designers concur, but Hyundai’s Thomas Burkle, chief designer at the Korean firm’s European Technical Centre, believes legislation also needs to adapt to changing design. He says: “There must come a moment in the near future where those making the rules will change them to allow carmakers to introduce more advanced technologies.” Burkle is talking about some of the technology incorporated into Hyundai’s Intrado concept small SUV, such as the panoramic rear view mirror operated by tailgate-mounted cameras.

Drivers are currently not allowed to look at a display while driving, but Burkle says this will change as more cars rely on cameras to inform them of hazards.

The for and against of hi-tech weight-saving materials

He is also a great advocate of new materials, such as the extensive use of carbon fibre in the Intrado’s structure to reduce its weight. This has the combined effect of increasing efficiency, but also offsets the weight of the hydrogen fuel cell it uses for propulsion.