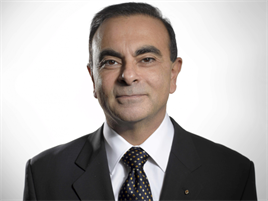 Renault-Nissan boss Carlos Ghosn has been appointed as the president of the European Automobile Manufacturers' Association (ACEA).

Ghosn takes on the position in addition to his responsibilities at Renault-Nissan and takes over from Philippe Varin, former chairman of PSA Peugeot Citroen. Ghosn was previously president of ACEA in 2009.

“Under his presidency, ACEA will continue to focus on its key policy recommendations, which are to drive innovation, to foster growth through international trade and to call for a supportive regulatory framework. On behalf of ACEA’s board, we wish to thank Varin for his strong leadership of the association over the past months.”

The ACEA is the main lobbying and standards group for the automobile industry in Europe.