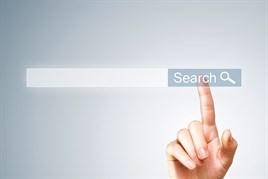 Drivers aged between 18 to 24 are the least likely to use the internet as the first source of information before buying a car.

According to new research from Experian, the information services company, only one third of younger car buyers would surf the internet for information, preferring instead to consult friends and family or talk to a dealership sales person first.

More than a 1,000 UK drivers were surveyed to understand where they bought their car from and why.

The majority, (74%), made their car purchases through dealerships (both manufacturer and independent).

One in 10 respondents purchased their current car from a private seller and only one in 20 bought their last car from a car supermarket.

The survey revealed that car buyers preferred to go to a dealership because they felt it was less risky (24%), but more importantly, they could go back to the dealer if there were any problems with the car (46%).

And 20% felt that dealerships offered better knowledge of the market and the vehicles.

Andrew Ballard, principal consultant for Experian’s Automotive business, said: “Our research shows that the vast majority of those who bought from a dealer in the past would go back to a dealer for their future purchase.

“Clearly reputation and trust have a key role to play and the steps taken over the years by many motor retailers to build that trust are paying off.

“These dealers have also taken steps to recognise and understand not only who their customers are, but what they need, so they can provide them with information relevant for their needs.

“For young car buyers, who are more likely to take out finance but less likely to carry out online research, it is vital that they do their homework before a major purchase like a car. This includes checking that the dealer has undertaken all the necessary vehicle history checks, especially important for older models.

"Comparing finance deals online can also help save vital cash, as can reviewing your credit history before making an application.”

Like many significant purchases today, the most important factor when buying a car continued to be price (48%).

For 27%, make and model played the biggest role in their decision while the size and features of the car were the most important factors to consider for 13% of car buyers.

Buying privately is more prominent in the 25 to 34 age group, with nearly a quarter of this age group going through this channel. Those aged 55 and over are least likely to buy from a private seller (6%), but most likely to walk into a dealership (80% ).

When initially looking to replace a car, the internet is the first port of call for over half the respondents when researching and sourcing information. Friends and family are the second most trusted sources of initial information (21%). For 18%, talking to a dealership sales person is the primary stage of research.

Dealership sales people seem to be more trusted in the North East, with over a quarter of the respondents in this area going to them first for car research.