Car dealers need a plan to deal with PCP fallout

One of the strangest phenomena in the economy over the past two years has been the rise in sales in the retail automotive sector. With most of Europe in economic decline, or in the case of Germany and France plateauing, it is strange that car sales in Britain have not only continued to rise, but at an unprecedented rate. The burning question is whether this is going to continue in 2015?

Many analysts have tried to unpack the reasons for the continued rise. Some have suggested that PPI claims gave an impetus, while others have suggested that the state of the housing market has left people more disposable income to spend on cars. Some have argued that if you are in work and on a stable income then there is a level of consumer confidence that has allowed people to budget more effectively to accommodate a new car purchase. 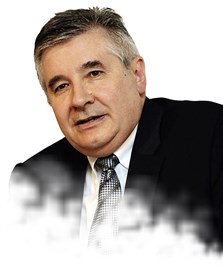 In reality, the only factor that in any way corresponds to the rise in car sales is the rise in the number of PCPs being sold. The attitude to ownership and the cheap leasing arrangements have undoubtedly affected the momentum that has driven sales.

Apart from at the top end, most people buy cars because it makes economic sense for them to do so. Evidence shows that most of the growth has been in downsizing to vehicles that are more fuel-efficient and incur lower vehicle tax. So a combination of easy payment schemes and lower running costs appear to account for the growth.

How will an election year affect the new car market?

The challenge is whether these factors will continue to drive market growth in 2015. The evidence would suggest that the market will remain strong into the new year. The uncertainty comes from factors both outside and within the sector.

One of the biggest barriers to business and customer confidence is uncertainty. With a general election looming, there is a risk that this may impact on sales, especially if the result is indecisive.

Perhaps the biggest challenge will in fact come from within the sector. The rise in the market and the fact that it is based on PCPs means there will potentially be a glut of three-year-old cars coming on to the market. This will inevitably put downward pressure on used car prices. If the rise in PCPs started in 2012, then the pressure should start to be felt in the fourth quarter of 2015 and into 2016. This could potentially have a major impact on dealer profitability.