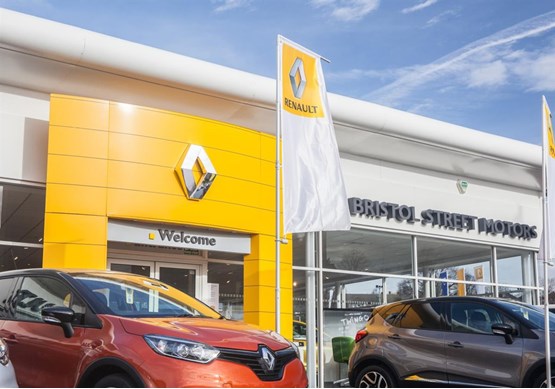 Vertu Motors has opened its fifth Renault and Dacia car dealership, in Nottingham.

In October the AM10 group acquired the lease on the former Co-Op Motor Group site in Haydn Road from New College Nottingham, which had been using the site to train apprentice technicians since it bought it from the Co-Op in spring 2013.

The site has now been refurbished.

Bristol Street Motors Renault, found on Haydn Road, is one of the first outlets in the country to feature the new ‘Renault Store’ brand identity that incorporates displays and interactive discovery zones.

Renault has opened three new dealerships in the past 12 months and has plans to announce several more during 2015 expanding to around 170 outlets nationwide.

Darren Payne, sales director at Renault Group UK, said: “This is an exciting time for Renault in the UK and our sales remain on an upward trajectory as our outstanding range of passenger cars and LCVs continues to find favour with established Renault customers and draw new conquest customers to the brand.

“This growth will only continue as we enter new market segments with terrific new models like the Kadjar in the months ahead and the addition of new franchises like this one put us well in line to deliver on our GO5+ mid-term plan objectives.

“For Dacia too, this is an important step that will see the brand’s presence grow significantly across the East Midlands.

“The fact that Bristol Street Motors, one of the biggest names in UK automotive retail, has invested heavily to open this new outlet and add another Renault franchise to its portfolio is a very clear indication of the belief the industry has in our plans to increase our market share."

The new dealership is Bristol Street’s third outlet in the Nottingham area and has been refurbished at a cost of nearly half-a-million pounds following its acquisition of the former Co-op Motor Group site.

It offers the full range of Renault and Dacia products, including LCVs such as the award-winning All-New Renault Trafic and New Master vans.

The nine-car showroom incorporates the interactive features of the ‘Renault Store’ layout that allow customers to explore the Renault brand, its products and heritage in an interactive way.