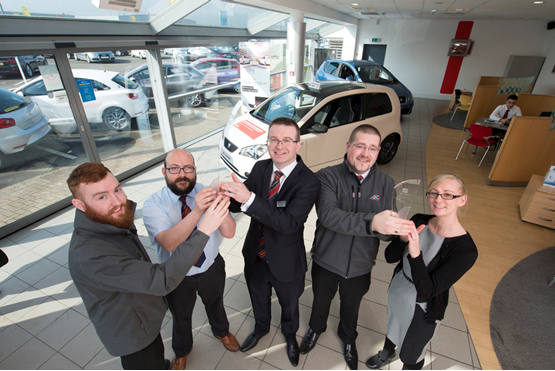 Arnold Clark Seat Linwood has beat off competition from the Brand’s 125-strong dealer network to become its Dealer of the Year 2014.

The dealership in Linwood, Paisley, also won the award of Sales Dealer of the Year.

Awards were presented to the team at a special event in London.

Dealer principal at Seat Linwood John Reilly said: “We are delighted to have won the title of SEAT Dealer of the Year. It is fantastic to be recognised by SEAT, and we are pleased to be part of a successful brand that is only growing stronger. These awards really motivated us to hit targets, especially in the second half of the year.”

Director of Seat UK Neil Williamson said: “A big congratulations to Arnold Clark. They’ve been top of the balanced scorecard for most of the year – a really consistent performance. After working hard for their results, Arnold Clark deserves all the praise it gets.”

The dealership is also celebrating 20 years with the manufacturer.