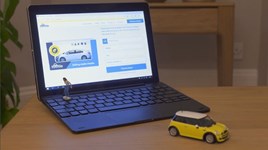 After striking an airtime-for-equity arrangement, Tootle will be able to launch the TV ad campaign in return for the broadcaster taking a minority equity stake.

Designed and created by Toast TV, the core creative showcases the key features of the car-selling service which will run across Channel 4’s linear network from today (January 18).

Tootle’s chief executive, Gordon Tulloch, said: “This is a fantastic opportunity for Tootle to reach millions of consumers through Channel 4 Sales’ broadcasting stations such as Channel 4, E4, BT Sport and Dave where the Tootle service gets visibility nationally helping both the car selling consumer and the buying dealer.

"We look forward to working with such a progressive company as Channel 4 and are delighted they have partnered with us.”

The news comes after Tootle recently closed a Series A £2.5m investment round led by Hambro Perks, bringing the total amount raised for Tootle to £4.3m.

The head of Channel 4’s Commercial Growth Fund, Vinay Solanki, said: “Tootle is just the sort of start-up our innovative Fund can benefit – an ambitious digital business that really solves a consumer pain point and needs access early in its growth phase to the fastest and most effective platform to achieve reach and broader brand awareness.

"We’re looking forward to launching Tootle’s TV ad across our network helping them to achieve the growth many other companies in our portfolio are now enjoying.”