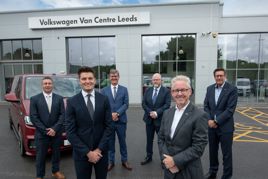 JCT600 has grown its Volkswagen Commercial Vehicles dealership to five locations through the acquisition of two sites from Volkswagen Van Centre West Yorkshire.

The Bradford-based AM100 retail group has acquired locations in Cleckheaton and Leeds from the business’s founder and owner Andrew Caygill for an undisclosed fee, adding to its existing sites in York, Hull and Sheffield and a van servicing centre in Leeds.

With five sites, JCT600 said that it believes it is now the largest Volkswagen van retailer in the UK. 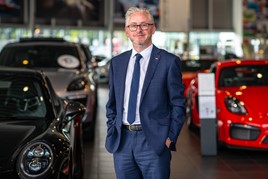 “The addition of the Cleckheaton and Leeds dealerships is a great fit for us, strengthening our retail van operations in West Yorkshire and giving us coverage across the entire region.”

JCT600's acquisition is the latest development in a business which celebrated the opening of a new £9 million Ferrari dealership in Leeds earlier this year.

It has also opened a pop-up store in the city, showcasing the Volkswagen Group's Cupra brand.

Volkswagen Van Centre West Yorkshire was established in 1979 and has grown to a 50-strong team who will all join the JCT600 family.

The business will continue to trade under its existing name and Tordoff said that it would be “very much be business as usual” for staff and customers under JCT600 ownership.

“Having acquired such reputable dealerships, we plan for them to continue to operate as they do now”, he said.

“We appreciate that the success of the business is largely down to its people, many of whom have worked there for many years, and customers will continue to receive the same personal service they are used to and will also benefit from a greater choice of stock.”

Volkswagen Van Centre West Yorkshire founder Andrew Caygill said: “Having built up the business over the last 43 years, I think we should all be very proud of what we have achieved.

“I’d like to reassure our loyal team and customers that they will be in very safe hands as part of the JCT600 group which shares our commitment to providing outstanding customer service and looking after colleagues – and thank you to everyone who has played a role in helping us create such a successful business.”

JCT600, which was advised by James Fawcett Gordons LLP and Caygill Holding by Susan Clark LCF LLP, for the acquisition now operates 50 dealerships from Yorkshire and the Northeast to Derbyshire, Lincolnshire and Nottinghamshire.