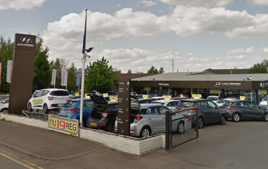 In a deal which became effective from yesterday (August 25) the AM100 car retail group – owned by South Africa’s Super Group since 2014 – added Hyundai and Kia dealerships in Milton Keynes and Bletchley.

It also joins the Suzuki network with the acquisition, joining the brand in the Milton Keynes hometown of the Japanese brand’s UK operation, AM understands.

The acquisition sees the business expand to 45 franchised retail locations eight years after Super Group entered the UK market through the acquisition of Allen Ford.

In the years since Super Group’s 2014 market entry it has grown through the purchase of Essex Motor Group and Slough Motor Company.

Prior to the completion of this week’s acquisition Allen Motor Group represented Hyundai’s sister brand, Kia UK, in four locations and had a sole Mazda UK franchise in an otherwise Ford-dominated portfolio.

An AM source said that Delgarth Motor Group managing director Steve Turney had departed the business this week as part of the transition to Allen ownership. 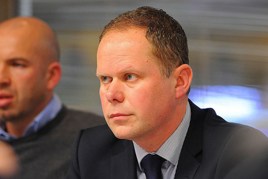 Turney spoke to AM about the business, which he took over from his father and previous MD Dave Turney in 2010, as part of a business profile feature published back in 2015.

Speaking at the time, Turney spoke of five-site Delgarth's growth potential. He said: “As we’ve invested early in the brands and have got a large and expanding town catered for by our expanded network, we are in a strong position to exploit the opportunities provided by a growing service parc and customer base.”

At the time of the interview Delgarth was a £41 million turnover business, up from £29m a year earlier.

Allen Motor Group’s acquisition of the business will see it add to a £415.9m turnover in 2021, the AM100 rankings reveal.

The deal was managed by David Kendrick and his automotive team at UHY Hacker Young who represented the sellers.

Kendrick said: “Kia and Hyundai are probably two of the most desirable brands in the UK currently therefore it is no surprise there was strong interest in these businesses.

"Having grown their UK dealer group over the past number of years, it fits perfectly for Super Group and cements their relationship with Kia further.”